BEIJING, Feb. 25 (Xinhua) -- Chinese President Xi Jinping on Thursday hailed the country's achievement of eradicating extreme poverty as a miracle that shall "go down in history."

Xi, also general secretary of the Communist Party of China Central Committee and chairman of the Central Military Commission, made the remarks while addressing a grand gathering held in Beijing to mark the country's accomplishments in poverty alleviation and award its model poverty fighters.

In his speech, Xi declared a "complete victory" in the fight against poverty through joint efforts from all ethnic groups.

Over the past eight years, China has lifted 98.99 million poor rural residents under the current poverty line out of poverty, with 832 impoverished counties and 128,000 poor villages removed from the poverty list.

Eliminating poverty in rural areas is a key contribution to accomplishing the goal of building a moderately prosperous society in all respects, Xi stressed.

Since late 2012, China has built or upgraded 1.1 million km of rural roads, provided a reliable supply of power to rural areas, and expanded fiber-optic internet access and 4G signal coverage to more than 98 percent of its poor villages.

During the same period, some 25.68 million impoverished people from 7.9 million households have seen their dilapidated houses renovated, and more than 9.6 million people have been relocated from impoverished areas.

Xi said the country has created a "China example" of poverty reduction and made great contributions to global poverty alleviation.

China has lifted 770 million rural residents out of poverty since the beginning of the reform and opening-up over 40 years ago when calculated in accordance with China's current poverty line, accounting for more than 70 percent of the global total according to the World Bank's international poverty line.

China has met the poverty eradication target set in the United Nations 2030 Agenda for Sustainable Development 10 years ahead of schedule, Xi said. 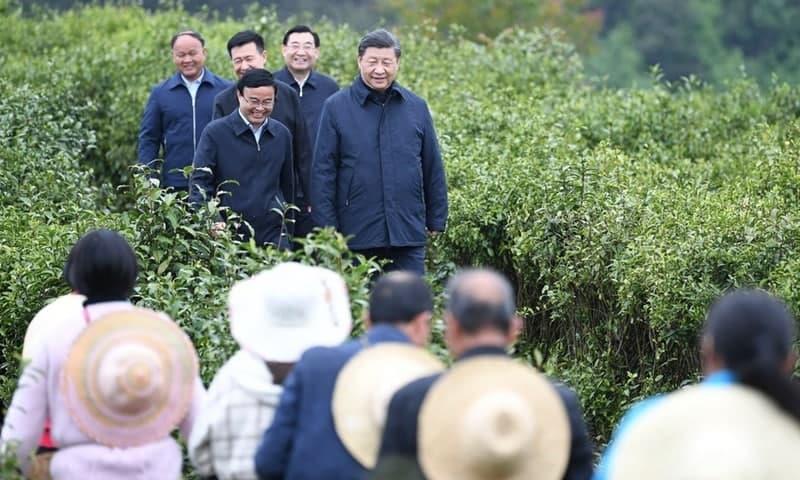