MANILA, Feb. 25 (CNA) - The Philippines will take delivery of its first COVID-19 vaccines at the weekend, allowing it to kick off its inoculation programme from next week, a senior official said on Thursday (Feb 25).

Despite having among the highest number of coronavirus cases and deaths in Asia, the Philippines will be the last Southeast Asian country to receive its initial set of vaccines.

"It rolls out on Monday because our countrymen are excited," he said of the vaccination programme.

Among the first to be inoculated will be an official from a hospital who lost both parents to COVID-19, plus a tricycle driver, Roque said.

The Philippines has ordered 25 million doses from Sinovac and was supposed to receive its first batch on Feb 23. That was delayed emergency use authorisation was only given this week.

Aside from Sinovac, 10,000 doses of a vaccine developed by China's Sinopharm will arrive soon, under a "compassionate use" for Duterte's security detail. Doses from AstraZeneca will arrive in March, Roque said.

"I have to admit, if we insisted on Western brands, we will still wait for its arrival," he added.

Duterte, who has pursued warmer ties with China and has a strained relationship with many Western countries, has previously said he wanted to procure COVID-19 vaccines from China or Russia.

The vaccination programme will be crucial for Philippine efforts to revive its economy, which suffered a record 9.5 per cent slump last year due to strict and lengthy lockdowns that hit consumer spending and saw big job losses. 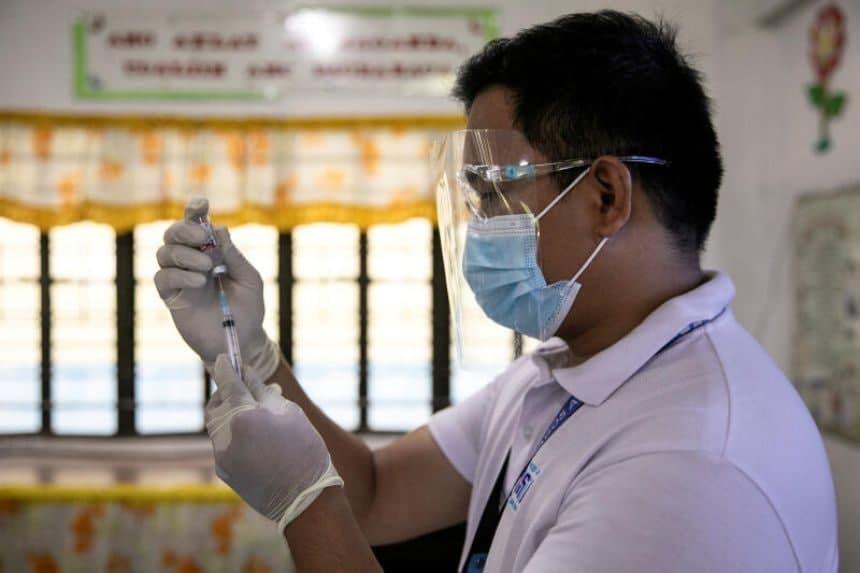