HANOI, March 8 (CNA) - Vietnam launched its COVID-19 vaccination programme on Monday (Mar 8) with healthcare workers first in the queue, even as the Southeast Asian country looked set to contain its fourth outbreak of the coronavirus since the pandemic began.

Vietnam has been lauded globally for its record fighting the virus. Thanks to early border closures, targeted testing, and a strict, centralised quarantine programme, Vietnam has suffered fewer disruptions to its economy than much of Asia.

"When it's your turn, go and get your shot against COVID-19 to protect yourself and your relatives for a healthy community, the health ministry said in a statement on its website.

Vietnam has kept the total number of infections in the country of 96 million at about 2,500 and reported just 35 deaths. It crushed a first wave of cases in February last year, and a larger cluster detected among foreign tourists in April.

An outbreak in the central city of Danang was quickly contained in September and a fourth, more concerning outbreak of the more contagious variant of the virus first detected in Britain appears to have been largely brought under control across several northern provinces.

Vietnam's government said last month it would acquire 150 million jabs for its COVID-19 vaccination programme, including both those directly purchased and doses obtained via the COVAX vaccine-sharing scheme.

Monday's shots were part of Vietnam's first batch of 117,600 doses of the AstraZeneca vaccine that arrived late last month.

The government plans free vaccinations, with frontline workers, security forces, diplomats, teachers and people of 65 or older among the first to be inoculated. 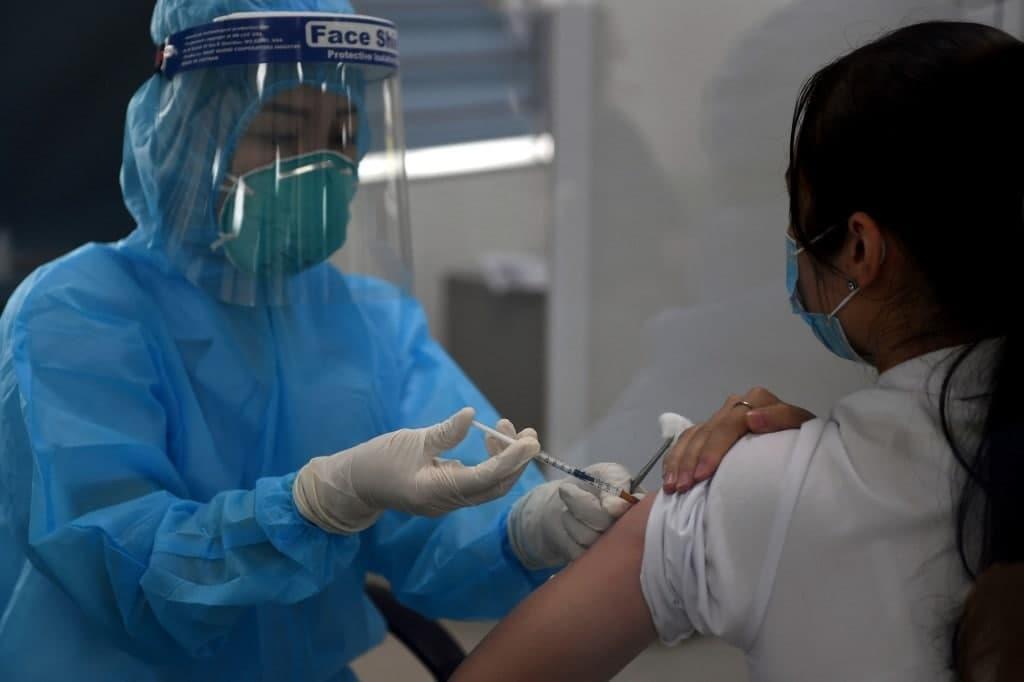