YANGON, March 9 (CNA) - Myanmar security forces cornered hundreds of young protesters overnight in a district of Yangon and threatened to hunt for them door to door as the United States and United Nations appealed for them to be allowed to leave.

Thousands of people defied a night time curfew to take to the streets of Myanmar's main city in support of the youths in the Sanchaung district, where they had been holding the latest daily protest against the Feb 1 coup.

The army takeover and arrest of elected leader Aung San Suu Kyi has plunged Myanmar into chaos. Security forces have killed over 60 protesters and detained more than 1,800 since then, an advocacy group said.

The military government also placed a major curb on media coverage of the crisis. It announced that the licenses of five local media outlets — Mizzima, DVB, Khit Thit Media, Myanmar Now and 7Day News — have been cancelled.

“These media companies are no longer allowed to broadcast or write or give information by using any kind of media platform or using any media technology,” it said on state broadcaster MRTV.

All five had been offering extensive coverage of the protests, often with live steaming video online. The offices of Myanmar Now were raided by the authorities Monday before the measure was announced. The government has detained dozens of journalists since the coup, including a Myanmar Now reporter and Thein Zaw of the Associated Press, both of whom have been charged under a public order law that carried a penalty of up to three years in prison. 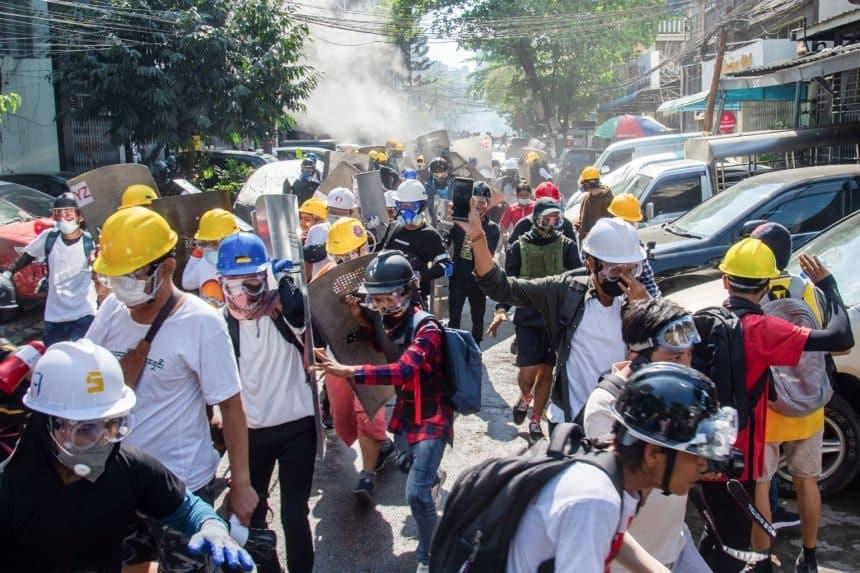