GENEVA, March 9 (CNA) - The United Nations on Tuesday (Mar 9) condemned the killing by Philippine police of nine activists in weekend raids against suspected insurgents and urged authorities to avoid rhetoric that could lead to human rights violations.

Rights groups have accused President Rodrigo Duterte of encouraging a crackdown on activists to silence dissent and target his detractors, under the guise of intensified counter-insurgency operations against Maoist rebels.

His government has said Sunday's killings were lawful and legitimate operations, but has promised a full investigation.

An influential church group on Monday expressed alarm at the killings and concern about "red-tagging", or the labelling of opponents as communists or terrorists to justify targeting them.

Rights groups said those killed in Sunday's raids were activists, not combatants.

Their deaths came two days after Duterte told security forces they could kill communist rebels if they were holding a gun, and to "ignore human rights".

Activists said the raids were reminiscent of thousands of deadly police operations under Duterte's bloody anti-drugs crackdown, in which police said all of the victims were armed and had resisted arrest.

Shamdasani urged police to "take urgent measures to prevent the use of excessive force" and the government and security forces to "refrain from rhetoric that may lead to violations".

Shamdasani said an investigation must be "conducted with a view to accountability".

"The fact remains that most of the perpetrators of these human rights violations are enjoying impunity to this day," she said. 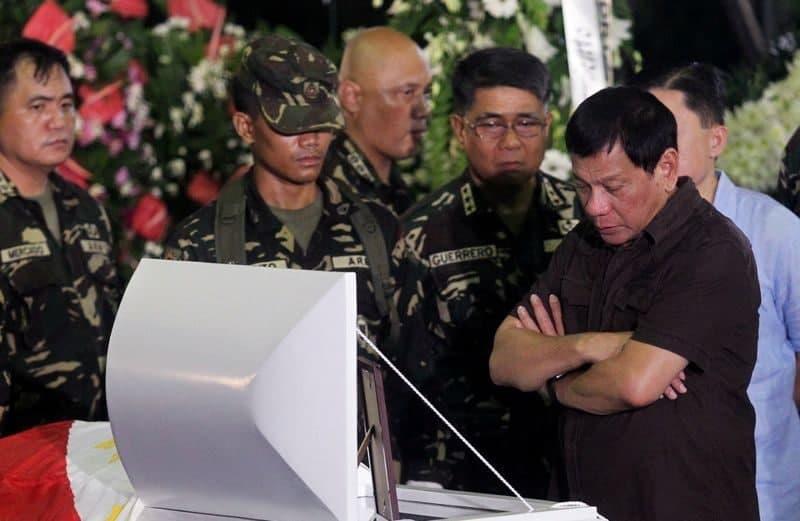