China Accuses US Admiral of 'Hyping Up' Threat of Taiwan Invasion

BEIJING, March 10 (CNA) - China on Wednesday (Mar 10) accused a top US commander of attempting to "hype up" the threat of an invasion of Taiwan to inflate Washington's defence spend and justify its own military chicanery in Asia.

The US' top military officer in Asia-Pacific, Admiral Philip Davidson, on Tuesday said China could invade Taiwan within the next six years, as Beijing accelerates its moves to supplant American military power in Asia.

Democratic and self-ruled Taiwan lives under constant threat of invasion by authoritarian China, whose leaders view the island as part of their territory and which they have vowed to one day take back.

"I worry that they're (China) accelerating their ambitions to supplant the United States and our leadership role in the rules-based international order ... by 2050," Davidson said.

"Taiwan is clearly one of their ambitions before that. And I think the threat is manifest during this decade, in fact, in the next six years," he told a US Senate committee.

Taiwan split from China at the end of a civil war in 1949 and exists under the constant threat of invasion by the mainland.

Washington switched diplomatic recognition from Taiwan to China in 1979, but remains the island's most important unofficial ally and military backer.

Beijing was swift to bat away the admiral's comments.

"Some US people continue to use the Taiwan issue to hype up China's military threat," foreign ministry spokesman Zhao Lijian told reporters in Beijing.

"But in essence this is the US searching for a pretext to increase its military spending, expand its forces and interfere in regional affairs."

Donald Trump embraced warmer ties with Taiwan as he feuded with China on issues such as trade and national security.

President Joe Biden's administration has offered Taiwan cause for optimism for continued support aside from the State Department saying in January that US commitment to the island was "rock-solid".

Taiwan's de facto ambassador to the US was formally invited to Biden's inauguration, an unprecedented move since 1979.

China also has made expansive territorial claims in the resource-rich South China Sea and even threatens the American island of Guam, Davidson stressed.

"Guam is a target today," he warned, recalling that the Chinese military released a video simulating an attack on an island base strongly resembling US facilities in Diego Garcia and Guam.

He called on lawmakers to approve the installation on Guam of an Aegis Ashore anti-missile battery, capable of intercepting the most powerful Chinese missiles.

Guam "needs to be defended and it needs to be prepared for the threats that will come in the future," Davidson said.

In addition to other Aegis missile defence systems destined for Australia and Japan, Davidson called on lawmakers to budget for offensive armaments "to let China know that the costs of what they seek to do are too high." 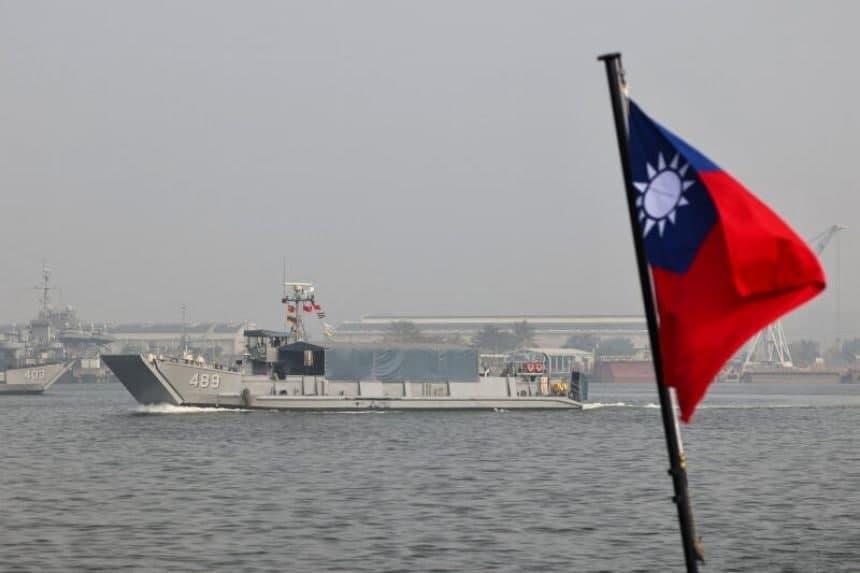