WASHINGTON, March 10 (CNA) - The House of Representatives gave final approval on Wednesday (Mar 10) to one of the largest economic stimulus measures in US history, a sweeping US$1.9 trillion COVID-19 relief Bill that gives President Joe Biden his first major victory in office.

The measure provides US$400 billion for US$1,400 direct payments to most Americans, US$350 billion in aid to state and local governments, an expansion of the child tax credit and increased funding for vaccine distribution. Forecasters expect it to supercharge the US economic recovery.

"Help is here," Biden wrote in a tweet after the vote. The White House said he plans to sign the Bill on Friday.

Approval by a 220-211 vote in the Democratic-controlled chamber came with zero Republican support after weeks of partisan debate and wrangling in Congress. Democrats described the legislation as a critical response to a pandemic that has killed more than 528,000 people and thrown millions out of work.

"This is a historic day. It is the beginning of the end of the great COVID depression," Democratic Representative Jan Schakowsky said.

Republicans said the measure was too costly and was packed with wasteful progressive priorities. They said the worst phase of the largest public health crisis in a century has largely passed and the economy is headed toward a rebound.

"It's the wrong plan at the wrong time for so many wrong reasons," Republican Representative Jason Smith said.

Democrats were eager to get the final Bill to Biden's desk for his signature before current enhanced federal unemployment benefits expire on Mar 14.

The House rejected an effort by Republican Representative Marjorie Taylor Greene to delay proceedings by asking for an adjournment - something she has attempted four times since taking office in January.

The House voted 235-149 to plough ahead, with 40 Republicans joining Democrats in rejecting Greene's effort. 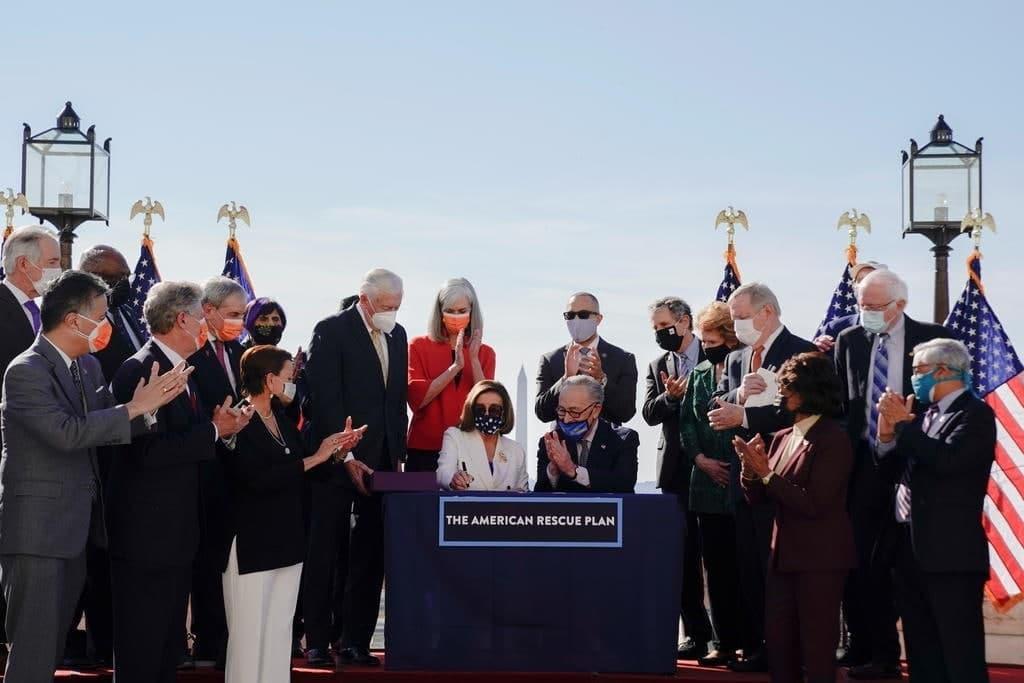