Huge waves triggered by the 9.0-magnitude quake - one of the strongest on record - crashed into the northeastern coast, crippling the Fukushima Dai-ichi power plant and forcing more than 160,000 residents to flee as radiation spewed into the air.

The government has spent about US$300 billion (32.1 trillion yen) to rebuild the tsunami-devastated region, but areas around the Fukushima plant remain off-limits, worries about radiation levels linger and many who left have settled elsewhere. Decommissioning of the crippled plant will take decades and billions of dollars.

The disaster has also left survivors in Tohoku struggling to overcome the grief of losing families and whole communities to the waves in a few frightening hours on the afternoon of Mar 11, 2011.

About 50km south from the Fukushima plant, in the gritty coastal city of Iwaki which has since become a hub for nuclear decommissioning workers, restaurant owner Atsushi Niizuma prayed to his mother killed in the tsunami.

"I want to tell my mother that my children, who were all close to her, are doing well. I came here to thank her that our family is living safely," said Niizuma, 47.

Before setting off for work, he quietly prayed at a stone monument at a small shrine with carvings of his mother's name, Mitsuko, and 65 others who died in the earthquake.

On the day of the earthquake, Mitsuko was looking after his children. The children rushed into a car. Mitsuko was swept away by the waves as she returned to the house to grab her belongings. It took a month to recover her body.

Emperor Naruhito and Prime Minister Yoshihide Suga were slated to honour the dead at a commemorative anniversary ceremony in Tokyo while several other events were planned across northeastern Japan, which was most badly hit by the tremor.

Japan is again debating the role of nuclear power in its energy mix as the resource-poor country aims to achieve net carbon neutrality by 2050 to fight global warming. But an NHK public TV survey showed 85 per cent of the public worries about nuclear accidents.

The mass demonstrations against nuclear power seen in the wake of Mar 11 have faded, but distrust lingers. Some anti-nuclear activists are planning demonstrations in front of the operator of the plant, Tokyo Electric Power, for Thursday night.

Only nine of Japan's 33 remaining commercial reactors have been approved for restarts under post-Fukushima safety standards and only four are operating, compared with 54 before the disaster.

Nuclear power supplied just 6 per cent of Japan's energy needs in the first half of 2020 compared with 23.1 per cent for renewable sources - far behind Germany's 46.3 per cent - and nearly 70 per cent for fossil fuels. 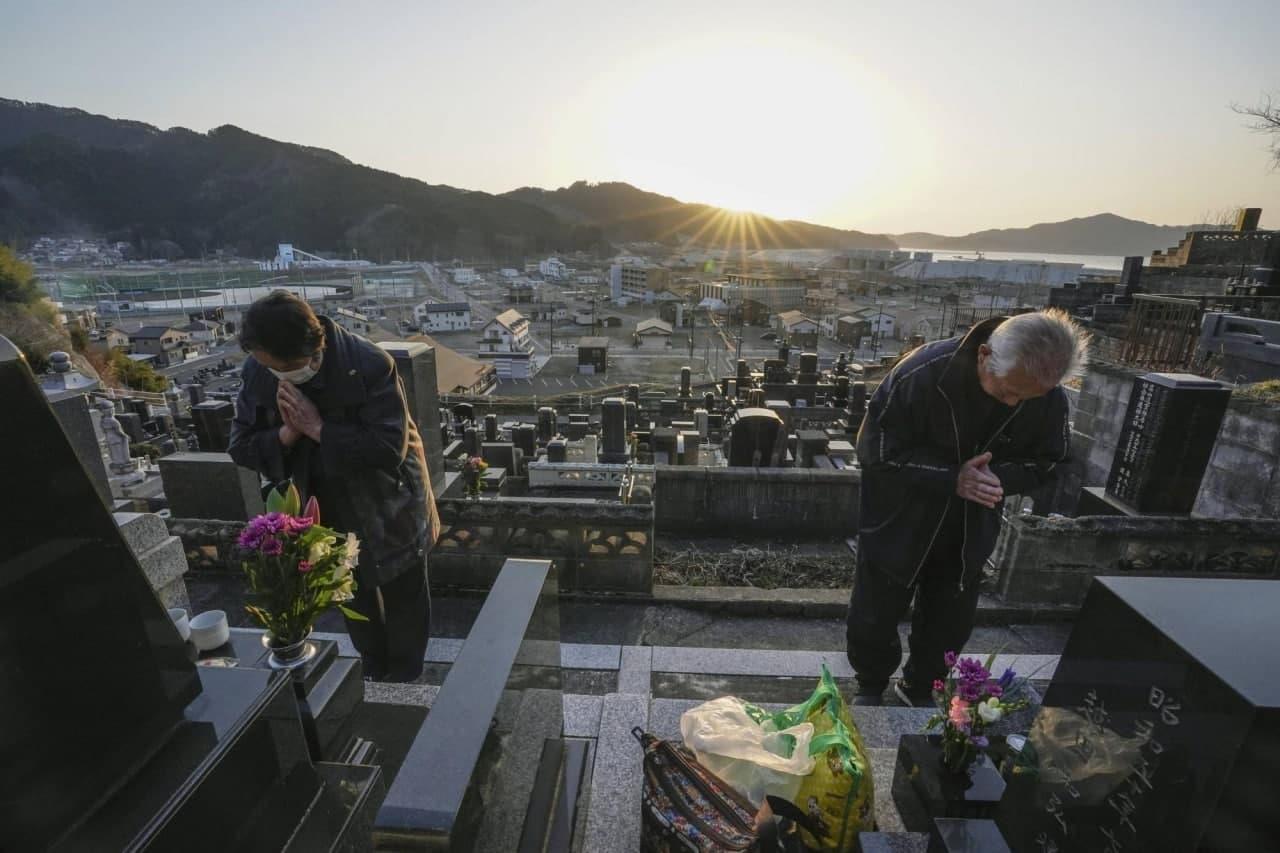