BEIJING, March 15 (CNA) - China, which has been accelerating efforts to vaccinate its population for COVID-19, had administered about 65 million doses as of Sunday, an official with China's National Health Commission told a news briefing on Monday (Mar 15).

While China was among the first countries to begin administering vaccines last year and has been exporting millions of doses of its domestically developed shots to other countries, the vaccination rate for its own population fell behind those of countries such as Israel and the United States.

The country's capital city, Beijing, had given 10 million doses, and over 3 million people have received two doses, the official Beijing Daily said on Sunday.

The country aims to inoculate 40 per cent of its 1.4 billion people by the end of June, according to state media, a target that will require that China administer some 4 million doses per day on average - a significant acceleration from the rate of fewer than 1 million per day since the start of March.

"Chinese vaccine manufacturers are still expanding, and with the continuous release of production capacity, the output will gradually increase," said Tian Yulong, an official with the Ministry of Industry and Information Technology. 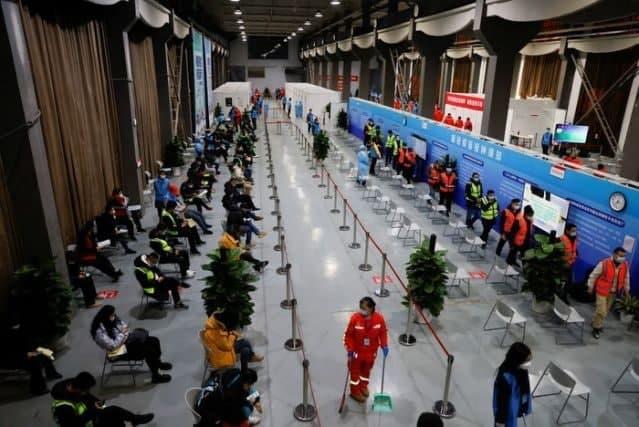