YANGON, March 15 (CNA) - At least 20 people were killed in Myanmar on Monday (Mar 15) after another day of unrest and protests against the junta that seized power six weeks ago, a local monitoring group said.

The country has been in uproar since the military ousted civilian leader Aung San Suu Kyi from power, with hundreds of thousands taking to the streets to demand a return to democracy.

Security forces have used tear gas, rubber bullets and live rounds against protesters in near-daily crackdowns across the country.

The Assistance Association for Political Prisoners (AAPP), a local monitoring group that has been tracking arrests and fatalities, said at least 20 had died in Monday's violence.

"Casualties are drastically increasing," it said in a Tuesday statement, adding that more than 180 people had been killed since the Feb 1 coup.

While the bulk of Monday's deaths were anti-coup demonstrators, some were civilians who were "not even participating in the protests", it said.

Most were killed in central Myanmar, while at least three died in commercial hub Yangon.

The Yangon deaths included two women in their homes who were shot when security forces opened fire on the streets, according to AAPP.

Sunday marked the single deadliest day since the coup so far, with AFP confirming at least 44 people killed in unrest across the country.

Six townships in Yangon were placed under martial law after Sunday's violence.

Anyone arrested there faces trial by military tribunal rather than civilian courts, with sentences ranging from three years' hard labour to execution. 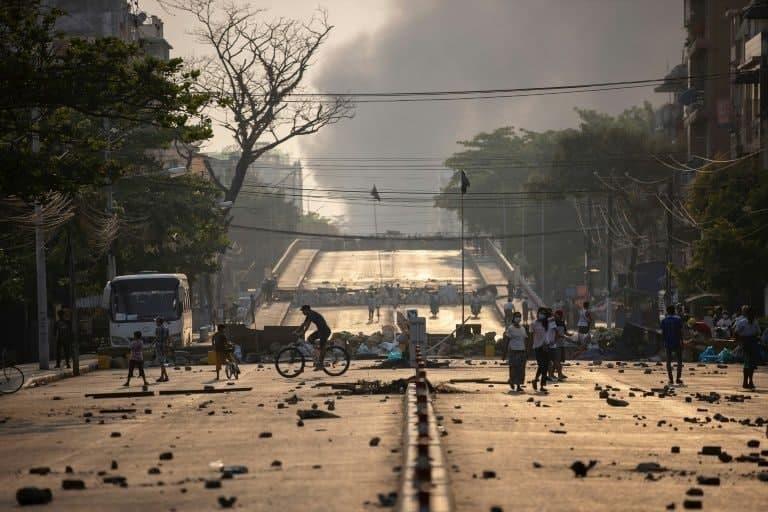