TOKYO, March 16 (Xinhua) -- Japanese Prime Minister Yoshihide Suga on Tuesday received the first dose of Pfizer vaccine at a hospital in Tokyo, in a bid to reassure about the safety of the jab against COVID-19.

Suga will head to the United States in April for a meeting with U.S. President Joe Biden and in doing so making Suga the first foreign leader to meet Biden in person.

The prime minister will get his second dose in three weeks.

Initially Suga said he would wait until mid-April when the national vaccination stage would reach people aged 65 or older, after all of the country's healthcare workers had been vaccinated.

After those aged 65s and older, those with underlying conditions and working in elderly care facilities will be eligible to be inoculated. The general public will be last in line to receive their jabs.

Suga was keen to have his jab in front of the cameras in light of there being some reluctance among the Japanese population about being inoculated.

A survey conducted by Kyodo News showed that only 63.1 percent of respondents wanted to be vaccinated. 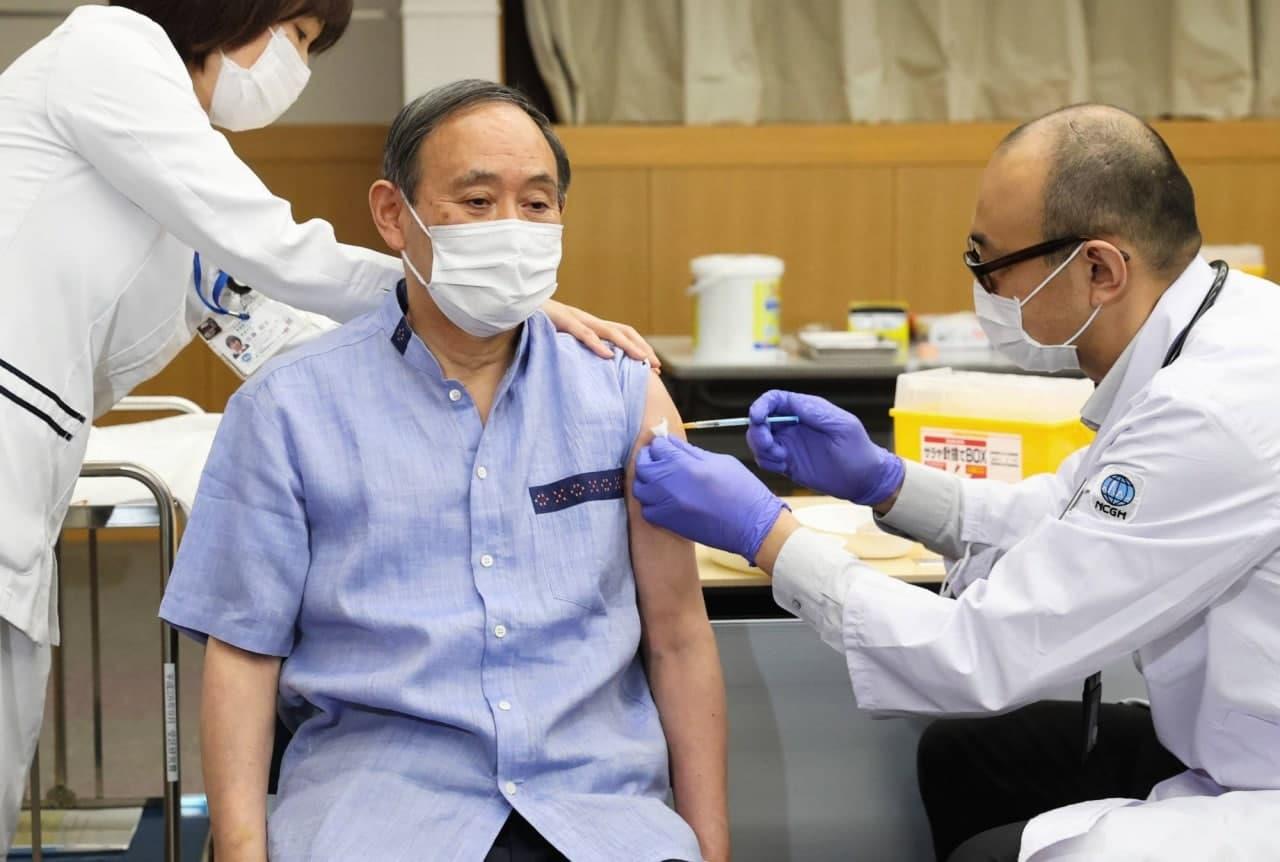