GENEVA, March 16 (CNA) - The UN on Tuesday (Mar 16) decried surging deaths in Myanmar since the Feb 1 coup, warning that detained protesters were facing torture and hundreds had disappeared.

"The death toll has soared over the past week in Myanmar, where security forces have been using lethal force increasingly aggressively against peaceful protesters," UN rights office spokeswoman Ravina Shamdasani told reporters.

In total, she said, the office had corroborated that a total of 149 people had died in the crackdown on protests since Feb 1, but stressed that the actual number was surely much higher.

According to the Assistance Association for Political Prisoners (AAPP), more than 180 people have been killed, including 74 on Sunday alone.

In addition to the killings, Shamdasani warned that security forces were continuing to arbitrarily arrest and detain people throughout the country, with at least 2,084 people currently being held.

"Deeply distressing reports of torture in custody have also emerged," she said.

The office had determined that "at least five deaths in custody have occurred in recent weeks," she said, adding that "at least two victims' bodies have shown signs of severe physical abuse indicating that they were tortured".

In addition, "hundreds of people who have been unlawfully detained remain unaccounted for and have not been acknowledged by the military authorities". 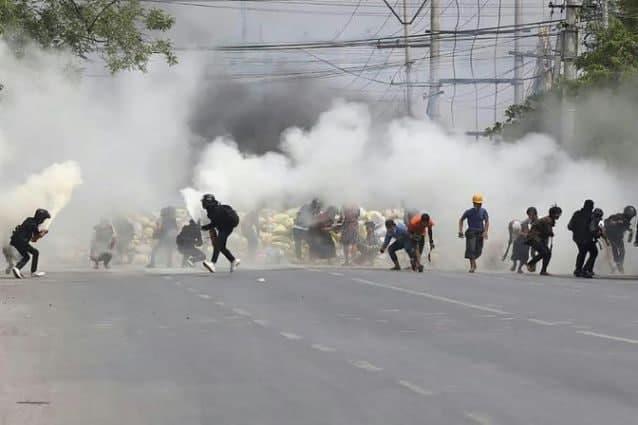