North Korea Might Flight Test New ICBM Design 'in the Near Future': US General

WASHINGTON, March 17 - North Korea might begin flight testing an improved design for its inter-continental ballistic missiles "in the near future," the head of the US military's Northern Command said on Tuesday (Mar 16), a move that would sharply increase tensions between Pyongyang and Washington.

The warning by Air Force General Glen VanHerck appeared based on North Korea's October unveiling at a parade of what would be its largest ICBM yet, and not specific intelligence about an imminent launch.

Still, VanHerck made his remarks a day ahead of a debut trip by President Joe Biden's top diplomat and defence secretary to South Korea and underscores US concerns that Pyongyang may resume testing of missiles and nuclear weapons after a hiatus of more than three years.

Even during the testing lull, North Korean leader Kim Jong Un has called for continued production of nuclear weapons for his arsenal, launched a series of smaller missiles and unveiled the ICBM.

The US general also noted that Kim released himself from a moratorium on testing over a year ago.

"The North Korean regime has also indicated that it is no longer bound by the unilateral nuclear and ICBM testing moratorium announced in 2018, suggesting that Kim Jong Un may begin flight testing an improved ICBM design in the near future," VanHerck said in his written testimony.

Jenny Town, director of 38 North, a US-based website that tracks North Korea, said that while an ICBM test was possible "I’m not sure how likely it is."

She speculated that instead North Korea would be more likely to restart test launches with shorter-range missiles and submarine-launched ballistic missiles.

"It seems more likely that if North Korea is going to start testing missiles again, it will start with ones where testing has been almost normalised," Town said.

A US official, speaking on the condition of anonymity, said that while there have been indications in recent weeks that North Korea may be preparing for a missile launch, one did not appear imminent.

The White House on Monday confirmed a Reuters report that the Biden administration sought to reach out to North Korea but had received no response, extending a chill in relations that began at the end of Donald Trump's administration.

After the White House remarks, North Korean state news reported that the sister of the North Korean leader, Kim Yo Jong, criticised the Biden Administration for ongoing military drills in South Korea.

"If it wants to sleep in peace for coming four years, it had better refrain from causing a stink at its first step," Kim said in a statement carried by state news agency KCNA.

The joint US-South Korean springtime military drill begun last week was limited to computer simulations because of the coronavirus risk, as well as the efforts to engage with the North. 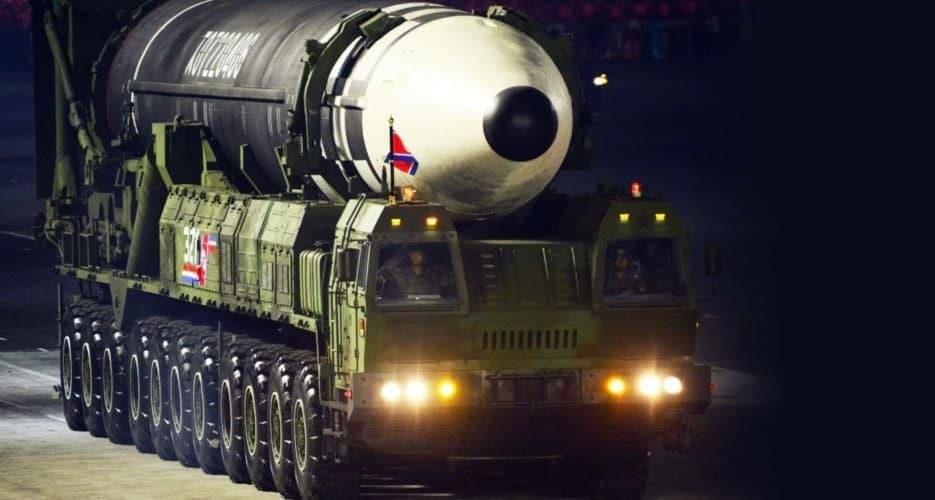