TAIPEI, March 17 (Reuters) - Taiwan's newly-appointed defence minister said on Wednesday (Mar 17) it has strengthened deployments in the disputed South China Sea and that the United States has approved the export of sensitive technology to equip Taiwan's new submarine fleet.

China, which claims democratic Taiwan as its own territory, has increased its military activity near the island in recent months seeking to pressure Taipei to accept Beijing's sovereignty. Taiwan has vowed to defend itself.

Itu Aba, also known as Taiping island, is the largest naturally occurring island in the Spratleys and is garrisoned by Taiwan's Coast Guard.

"They are capable of starting a war," Chiu told the parliament when asked by a lawmaker on whether China could attack Taiwan. "My goal is for us to be ready at all times."

Chiu said Taiwan was bolstering its position there due to China's "expansionism" in the region, though it was not currently considering a return to a permanent army garrison.

China has built man-made islands in the South China Sea and air bases on some of them. Vietnam, the Philippines, Malaysia and Brunei all have competing claims in the strategic waterway.

Separately, Chiu said that the United States had approved export permits for all of the sensitive equipment needed by Taiwan's indigenous submarine fleet, which it started building last year.

He added that Taiwan's arms purchases from the United States - the island's main source of weapons - had not been impacted by the new Biden administration taking office in Washington and were continuing.

Taiwan is modernising its armed forces, especially as it faces almost daily challenges from China in the airspace and waters near the island, including frequent Chinese air force missions into Taiwan's air defence identification zone.

Chiu said these missions were part of China's war of attrition against Taiwan, whose forces are dwarfed by Beijing's, and defence forces were already adjusting on how to deal with such incursions, though did not give details. 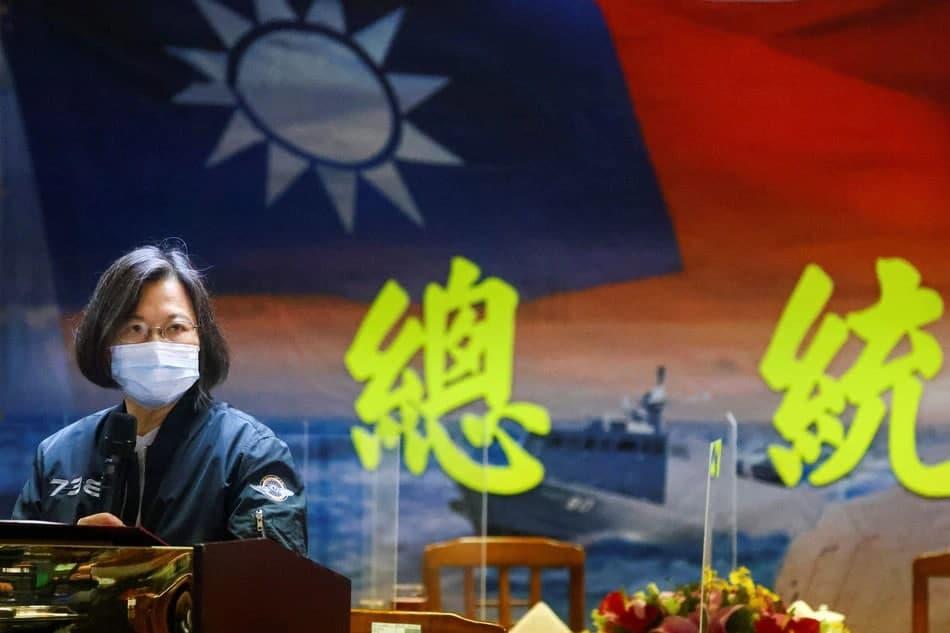