EU Threatens to Restrict Vaccine Exports unless It Gets 'Fair Share'

BRUSSELS, March 17 (Xinhua) -- The European Commission President Ursula von der Leyen on Wednesday warned that the European Union (EU) might restrict vaccine exports to countries who have higher vaccination rates, stressing the necessity to ensure reciprocity and proportionality of the vaccine exports.

"We are in the crisis of the century, and I'm not ruling out anything for now, because we have to make sure that Europeans are vaccinated as soon as possible," she told a press conference.

The EU is facing a third wave of the coronavirus pandemic, and at present less than a tenth of its population is vaccinated.

Around 41 million doses of vaccines have been exported from EU to 33 countries and regions since Feb. 1, von der Leyen said, while accusing the British multinational pharmaceutical company AstraZeneca of having "underproduced and underdelivered" to the bloc, with the original 180 million doses dwindling down to just 70 million.

The Commission chief has been under pressure over the EU's handling of the bloc's vaccination rollout, with Brussels engaging in a row with AstraZeneca over vaccine deliveries. The dispute escalated with the EU at one point threatening to override the Brexit agreement with Britain over the Irish border, which came after AstraZeneca had said the initial number of doses it could supply to the EU would be lower than first thought.

"If the situation does not change, we will have to reflect on how to make exports to vaccine-producing countries dependent on their level of openness," said von der Leyen.

Besides, the EU will also reflect on whether exports to countries who have higher vaccination rates are still proportionate, she added.

Furthermore, she warned that the EU is ready to use whatever tool needed to ensure "Europe gets its fair share." 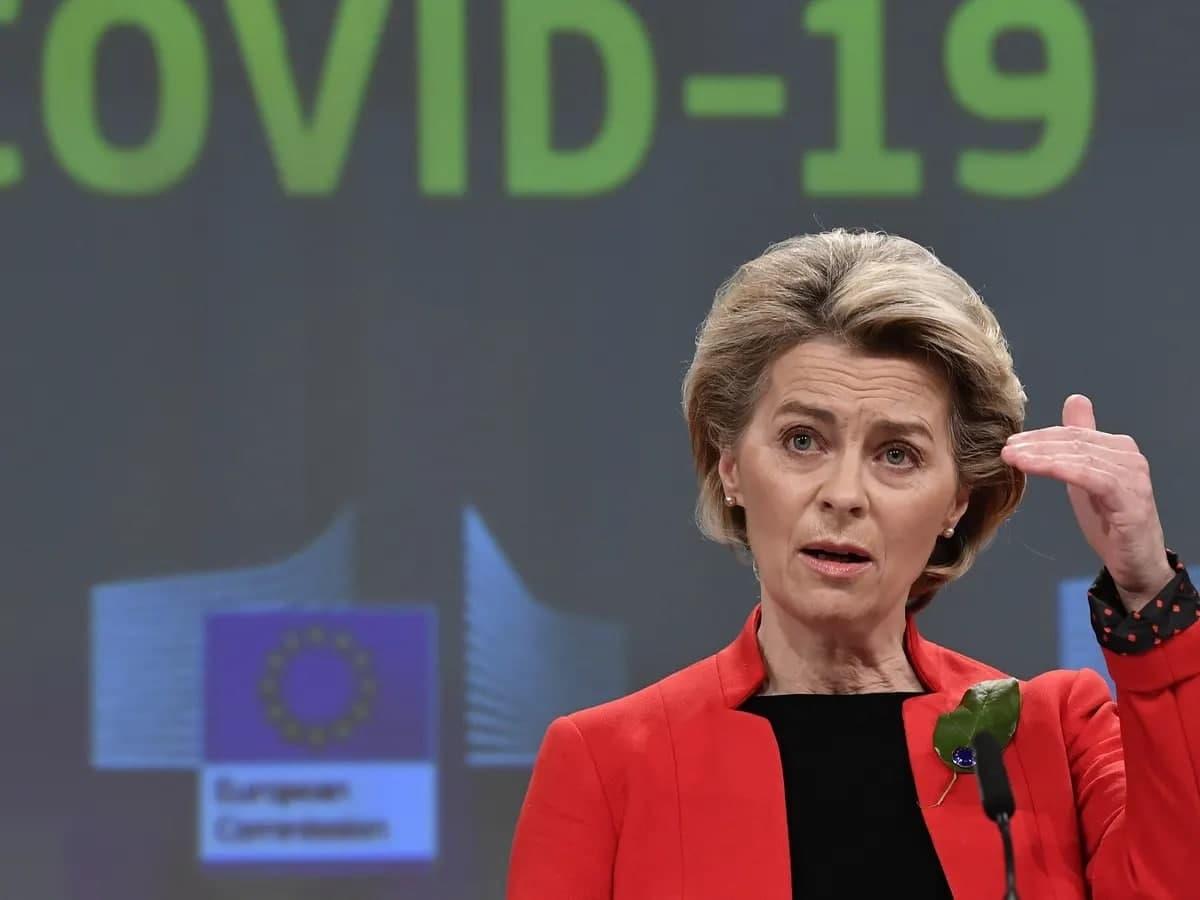