BANGKOK, March 18 (Reuters) - Thailand's parliament has failed to pass a Bill that would have allowed changes to a military-backed constitution enacted after a 2014 coup, stalling a move by lawmakers to address a key demand of mass street protests last year.

The Bill, which included a plan for an elected committee to rewrite the constitution, was far short of the votes in a joint session late on Wednesday (Mar 17) of the elected lower house and the military-appointed Senate.

Thailand's government agreed to consider amending the constitution after a youth-led protest movement started in July to demand changes to the 2017 charter, which they said was designed to keep Prime Minister and former coup leader Prayut Chan-o-cha in office and cement the military's role in politics.

The movement wants to oust Prayut, who said the 2019 election was free and fair under a constitution that was approved in a referendum.

The protesters have also demanded curbs to the power of King Maha Vajiralongkorn, who is "enthroned in a position of revered worship" according to the constitution and protected by a strict lese majeste law that mandates up to 15 years in prison for insulting the monarchy.

In November, lawmakers considered seven options for changing the constitution but adopted only two, which would allow for discussion of constitutional change without affecting the monarchy.

A proposal that would have opened the way for discussion of the king's role, a longstanding taboo in Thailand, failed to win enough votes for approval.

Thailand's Constitutional Court last week ruled that parliament can form a committee to rewrite the constitution, but two referendums must be held: one to ask the public if it wants a re-write, then another to approve the draft once completed.

No proposals for the first referendum have been drafted so far. 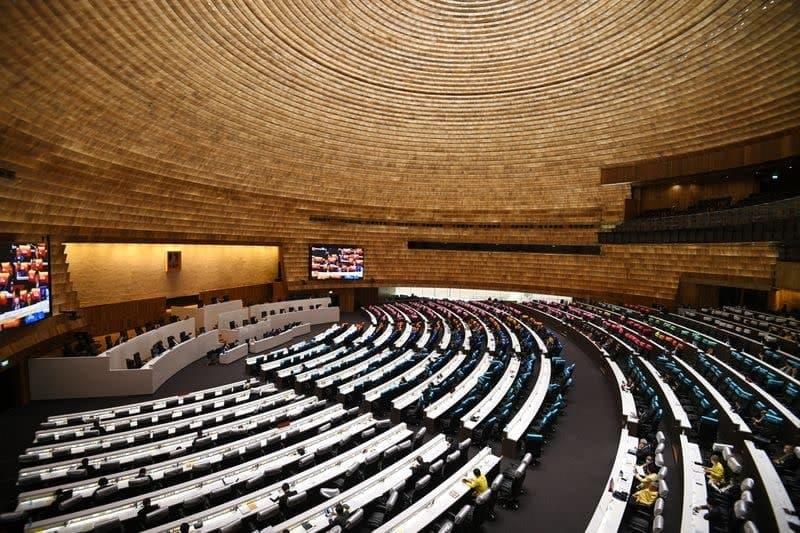