REMBAU, March 18 (Xinhua) -- Malaysia on Thursday started to inoculate its people with the COVID-19 vaccine made by the Chinese biopharmaceutical company Sinovac Biotech as it pressed ahead with its national vaccination drive.

Malaysia's Science, Technology and Innovation Minister Khairy Jamaluddin became the first recipient of Sinovac's CoronaVac vaccine in Malaysia, who received the jab at the Rembau Hospital in Negeri Sembilan state.

Khairy told a press conference following his taking shot that he was feeling well.

The minister stressed that the Sinovac vaccine had been used in many countries and by state leaders including Indonesian President Joko Widodo and Turkish President Recep Tayyip Erdogan.

"This proves that many other countries recognized the safety, efficacy and stability of the vaccine for use and to be administered to their people," he said.

He noted that the Sinovac vaccine passed the requirements of Malaysia's National Pharmaceutical Regulatory Agency (NPRA) and encouraged the public to participate in the government's national immunization program.

Malaysia received a batch of finished Sinovac vaccines doses from China on Monday after Malaysia's regulators gave the vaccine a conditional approval. Another shipment is expected later this month.

Sinovac has also inked a partnership with Malaysia's leading pharmaceutical company Pharmaniaga to provide 14 million doses of its CoronaVac vaccine, which will go through a fill and finish process in Malaysia. The first delivery of the Sinovac vaccines in bulk arrived in Malaysia on Feb. 27.

The Malaysian government has planned to inoculate at least 80 percent of its over 31 million population in the national immunization program started in February, with 20 percent of the population being expected to receive the Sinovac vaccine.

According to the plan, Malaysia's vaccination program to go through February 2021 will be conducted in three phases, with the first phase for frontline workers covering about half a million people, the second phase for high-risk groups and the third phase for adults aged 18 and above. 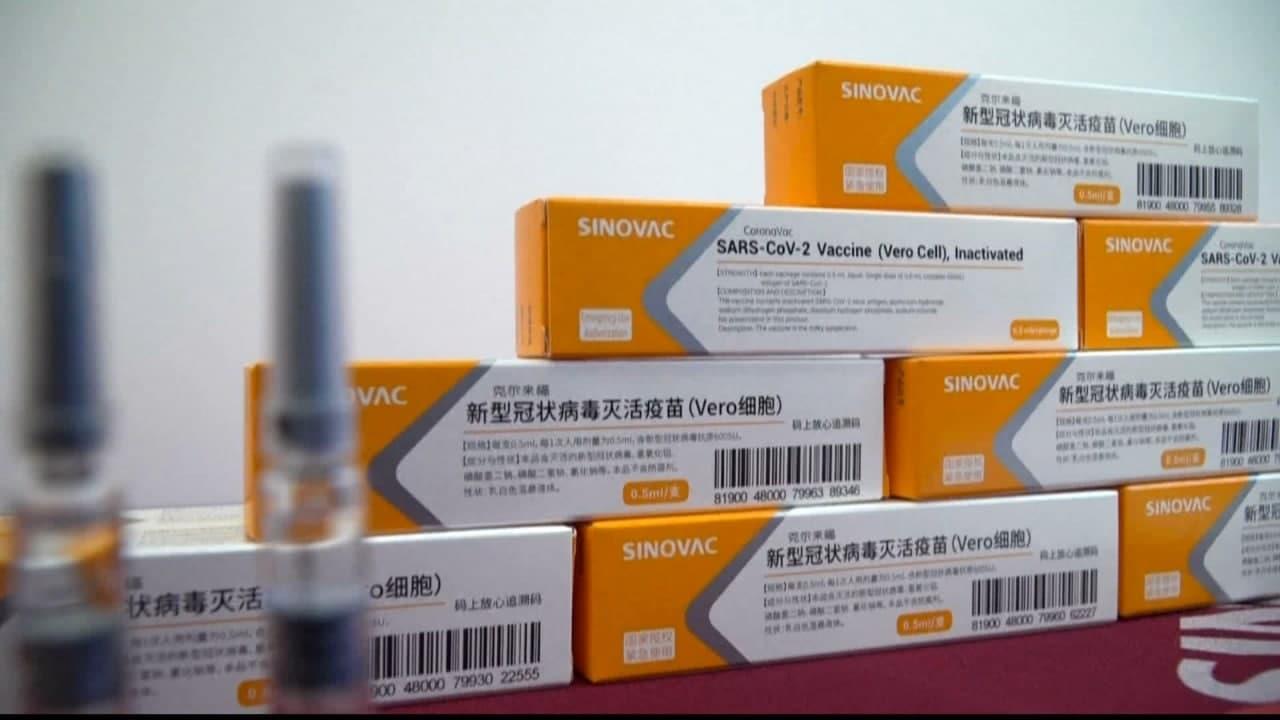