Putin Offers Biden Public Talks after U.S. President Says He Thinks He is a Killer

MOSCOW, March 18 (Reuters) - President Vladimir Putin said on Thursday that he and U.S. President Joe Biden should hold live online talks in coming days after Biden said he thought the Russian leader was a killer and diplomatic ties sank to a new post-Cold War low.

Putin, speaking on television, cited a Russian children’s playground chant to scathingly respond to Biden’s accusation with the comment that “he who said it, did it.”

In an ABC News interview broadcast on Wednesday that prompted Russia to recall its Washington ambassador for consultations, Biden said “I do” when asked if he believed Putin was a killer.

Biden was quick to extend a nuclear arms pact with Russia after he took office. But his administration has said it will take a tougher line with Moscow than Washington did during Donald Trump’s term in office, and engage only when there is a tangible benefit for the United States.

Putin said he had last spoken to Biden by phone at the U.S. president’s request and that he now proposed they had another conversation, on Friday or Monday, to be held by video-link and broadcast live.

“I want to offer President Biden that we continue our discussion, but on the condition that we do it live, online, without any delays,” Putin said, when asked in a television interview about Biden’s comments. The two leaders last spoke by telephone on Jan. 26 days after Biden took office.

White House spokeswoman Jen Psaki on Thursday said Biden had no regrets about calling Putin a killer and swatted away a question about Putin’s request for an immediate call in public.

“I would say the president already had a conversation with President Putin, even as there are more world leaders that he has not yet engaged with,” Psaki said. “The president will of course be in Georgia tomorrow and quite busy.”

Putin said he was ready to discuss Russia’s relations with the United States and other issues such as regional conflicts “tomorrow or, say, on Monday,” adding that he would be having a weekend break in a remote part of Russia. 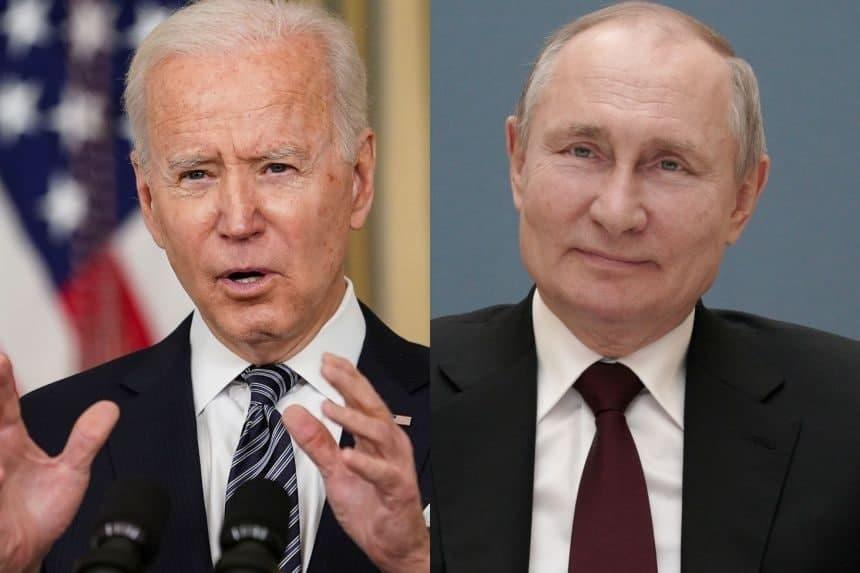