LONDON, March 20 (Reuters) - Britain has hit a COVID-19 vaccination milestone with more than half of all adults having had at least one injection, health secretary Matt Hancock said on Saturday, making it the world’s first major economy to achieve that level of innoculation.

Britain’s vaccine roll-out, which has raced ahead of those in the European Union and the United States, means the country is on track to ease lockdown measures and re-open the economy in line with its plan, Hancock said.

“The vaccination programme is our route out of the pandemic,” Hancock told Sky News on Saturday. Official data showed 26.9 million had received a first dose of vaccine, up from 26.3 million the previous day.

Britain’s vaccination roll-out, using the AstraZeneca and Pfizer jabs, is one of the fastest in the world. Israel tops the world in terms of the proportion of its population it has vaccinated, followed by the United Arab Emirates, Chile, then the UK.

By comparison, 23% of the U.S. population has received at least one dose of a vaccine, and less than a 10th of the EU population has been vaccinated. 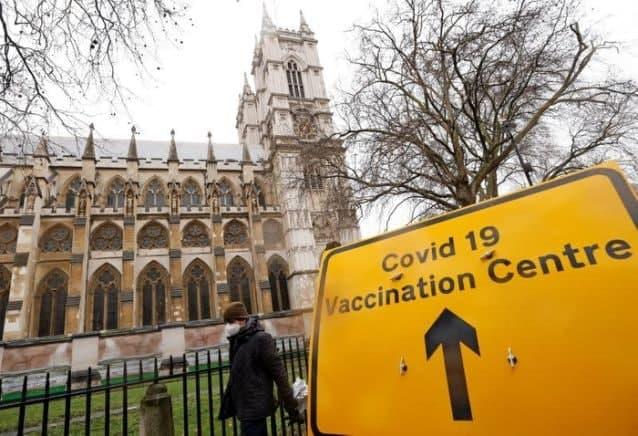