Media reported dawn protests in at least two parts of the commercial hub of Yangon on Monday after hundreds of people in Mandalay, including many medical staff in white coats, marched before sunrise on Sunday.

The Southeast Asian nation has been locked in crisis since the elected government led by Nobel peace laureate Aung San Suu Kyi on Feb. 1 was overthrown by the military, bringing an end to 10 years of tentative democratic reform.

One man was shot dead and several were wounded when police opened fire on a group setting up a barricade in the central town of Monywa, a doctor there said on Sunday as a community group issued a call on Facebook for blood donors.

Later, one person was killed and another wounded in the country’s second city of Mandalay when security forces opened fire after residents tried to resist efforts by the military to set up a base in a school, the Myanmar Now news portal reported.

At least 250 people have now been killed since the coup, according to figures from the Assistance Association for Political Prisoners activist group.

The violence has forced many citizens to think up novel ways to express their rejection of a return to army rule.

To mark the one-month anniversary of the launch of one of the biggest demonstrations since the coup and a national strike, activists in posts on social media urged people on Monday to join a car convoy protest.

Protesters across the country staged candle-lit, nighttime protests over the weekend.

Protesters in some places were joined by Buddhist monks holding candles at the weekend and others came out later on Sunday, including in Monywa, where police opened fire.

“Sniper, sniper,” people can be heard shouting in a video clip shortly after the man was shot in the head and more shots rang out.

The spokesman for the junta was not available for comment but has previously said security forces have used force only when necessary.

State media said on Sunday that men on motorbikes attacked a member of the security forces who later died. The military said two policemen were killed in earlier protests. 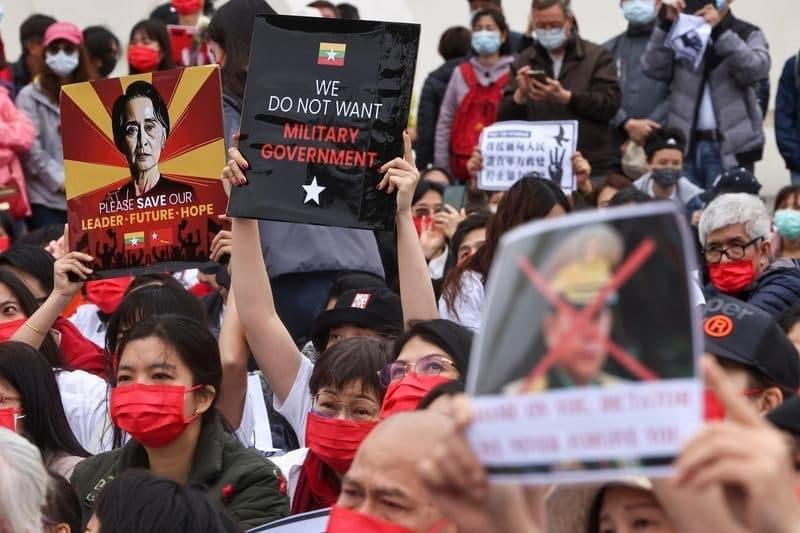