KUALA LUMPUR, March 22 (Reuters) - Malaysia on Monday (Mar 22) announced it had established a US$2.4 million compensation fund to provide cash assistance for any COVID-19 vaccine recipients who suffer severe reactions due to inoculations.

Malaysia has inoculated nearly 430,000 frontline workers, with the majority having received the first of two jabs of the vaccine jointly developed by US company Pfizer and German partner BioNTech.

Under the new fund, individuals requiring extended hospitalisation due to a vaccine reaction will be eligible for RM50,000 (US$12,171), or RM500,000 if this results in permanent disability or death, Health Minister Adham Baba said.

Adham said health authorities had recorded 20 instances of adverse reactions to vaccination as of Mar 18, with symptoms ranging from itching to shortness of breath and palpitations.

"There have not been any deaths linked to the vaccine," Adham told a news conference, without specifying the type of vaccine he was referring to.

Malaysia's vaccination drive began on Feb 23 using the Pfizer-BioNTech vaccine, with authorities only starting to administer the vaccine developed by China's Sinovac Biotech on Mar 18.

Malaysia will also scrap a plan to reserve a second shot of the Pfizer-BioNTech vaccine for those who had already received their first dose, in a bid to speed up its vaccination drive.

Malaysia has reported more than 330,000 coronavirus cases and 1,233 deaths after keeping infection rates relatively low for much of last year, until a spike of infections from October that peaked in early February.

Science Minister Khairy Jamaluddin said the government is confident that Pfizer will be able to provide the 32 million doses secured by Malaysia.

Last week, Prime Minister Muhyiddin Yassin said the government will almost double its COVID-19 immunisation budget to RM5 billion to speed up its target of vaccinating 80 per cent of its 32 million population by December, instead of February 2022. 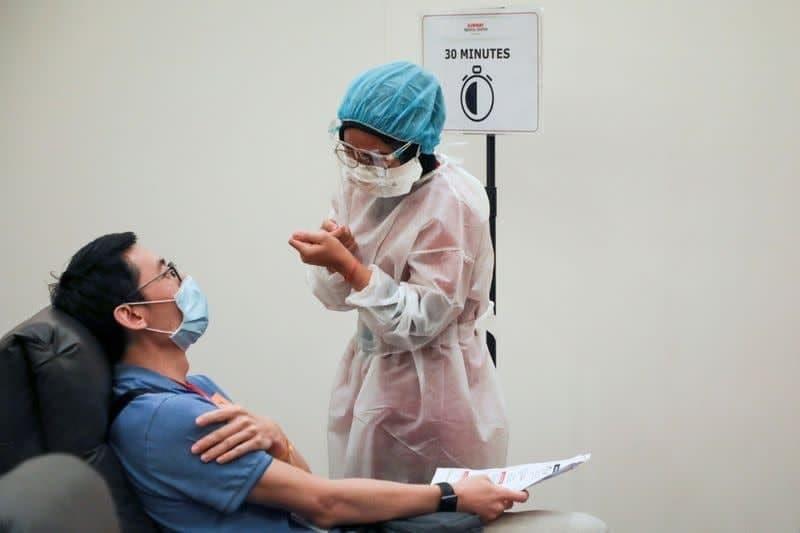