After assuming the presidency, Thongloun vowed to actively work with the LPRP, the state leaders and the Lao people to create favorable conditions for stability, national economic growth and poverty reduction in the country.

He also promised to respect the constitution and the laws as well as to protect the legitimate interests of the Lao people.

The inauguration session held in Lao capital Vientiane also elected Phankham Viphavanh, a member of the Political Bureau of the LPRP Central Committee, as the new prime minister of Laos.

The Lao parliament also elected Xaysomphone Phomvihane, a member of the Political Bureau of the LPRP Central Committee, as president of the NA.

The meeting was attended by the LPRP leaders and government officials, former leaders, veterans, NA members and invited guests.

Scheduled for Monday to Friday, the meeting will also consider and approve issues of national interest including a report of the National Election Committee and approve the organizational structure of the ninth NA, among other agenda, according to the state-run Lao News Agency (KPL). 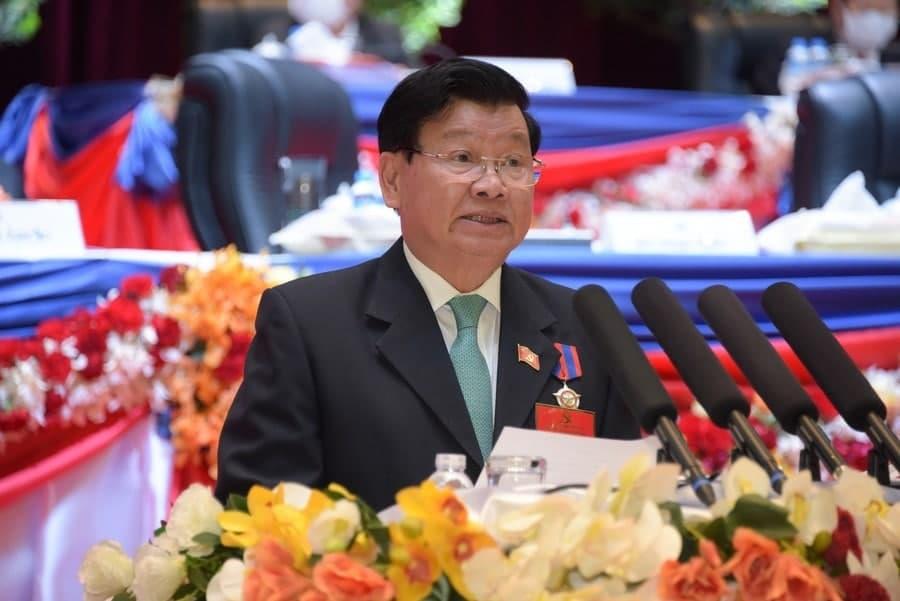