Moon was given the first jab of the full two-dose vaccine, developed by the British-Swedish drug maker AstraZeneca and Oxford University, at a public health center in central Seoul, local TV footage showed.

The vaccine's "safety and efficacy" have been internationally reaffirmed and most of the European countries restarted their vaccination programs, Moon said during a meeting with his senior secretaries on Monday as part of efforts to help moderate the public anxiety here over the vaccine safety.

Germany, France, Italy and other European countries resumed the administration of the AstraZeneca vaccines, after suspending it amid worry about blood clot. The European Medicines Agency confirmed that the vaccine is safe and effective. 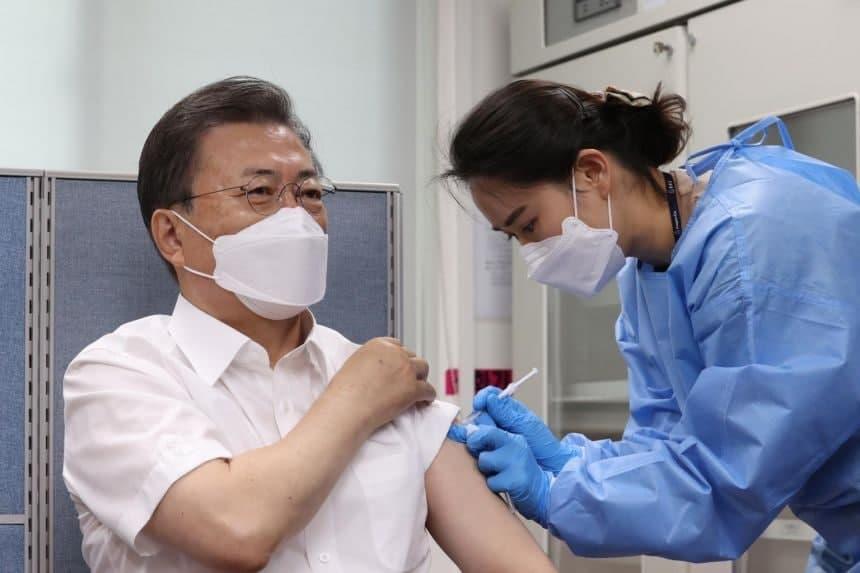