White House Considering US$3 Trillion for US Economy: Reports

WASHINGTON, March 22 (CNA) - President Joe Biden's administration is considering spending US$3 trillion on infrastructure in the United States, split into two Bills that face narrow paths to approval in Congress, US media reported on Monday (Mar 22).

The infrastructure plan would follow the US$1.9 trillion American Rescue Plan Biden signed earlier month, which was aimed at helping the world's largest economy recover from the damage done by the COVID-19 pandemic.

Biden, who took office in January, vowed to pass a second Bill aimed at improving infrastructure in the United States and creating jobs, and US media reported that would likely be divided up into two proposals costing a total of US$3 trillion.

According to Reuters, a source said Biden advisers have a package of proposals totalling up to US$3 trillion for infrastructure and other priorities they are discussing with the president this week.

The New York Times reported earlier on Monday that Biden advisers were preparing to recommend he spend as much as US$3 trillion on boosting the economy, reducing carbon emissions and narrowing economic inequality, beginning with a giant infrastructure plan.

Meanwhile, The Washington Post and CNN reported that a US$3 trillion effort was expected to be broken into two parts, one focused on infrastructure, and the other devoted to other domestic priorities, such as universal pre-kindergarten, national childcare and free community college tuition.

However any new measures could face tough odds in Congress, where Democrats hold a thin margin in the House and are evenly split with Republicans in the Senate, forcing them to use a special parliamentary manoeuvre to pass the American Rescue Plan without opposition support.

White House Press Secretary Jen Psaki disputed the reports, saying "President Biden and his team are considering a range of potential options for how to invest in working families and reform our tax code so it rewards work, not wealth."

"Those conversations are ongoing, so any speculation about future economic proposals is premature and not a reflection of the White House's thinking," she said. 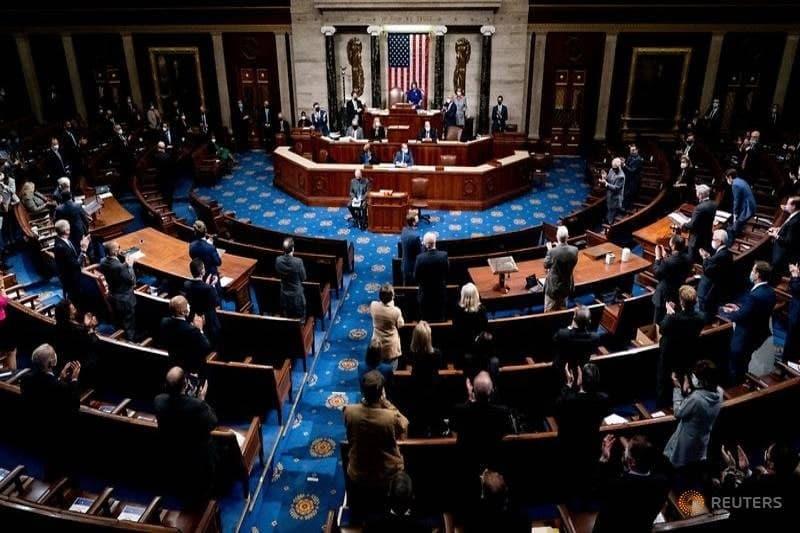