Several buses full of prisoners drove out of Yangon's Insein jail in the morning, said witnesses, who included lawyers for some inmates.

"We released 360 men and 268 women from Insein prison today," a senior prison official told AFP on condition of anonymity.

"All the released are the ones arrested due to the protests, as well as night arrests or those who were out to buy something," said a member of a legal advisory group who said he saw around 15 buses leaving.

Local media showed images of the prisoners on the buses flashing the three-fingered salute - a sign of resistance for the anti-coup movement - as people waiting outside the prison waved at them and returned the gesture.

The Assistance Association for Political Prisoners (AAPP) activist group says at least 2,000 people have been arrested in the military crackdown on the protests against the Feb 1 coup.

Many businesses were closed in Yangon, and few vehicles were seen on the road in the country's biggest city, witnesses said, after a call by pro-democracy activists for a silent strike.

"No going out, no shops, no working. All shut down. Just for one day," Nobel Aung, an illustrator and activist, told Reuters.

The strike comes a day after staff at a funeral service in Mandalay told Reuters that a 7-year-old girl had died of bullet wounds in the city - the youngest of about 275 people killed in the bloody crackdown, according to the AAPP.

Soldiers shot at her father but hit the girl who was sitting on his lap inside their home, her sister told the Myanmar Now media outlet. Two men were also killed in the district, it said.

The military had no immediate comment on the incident. 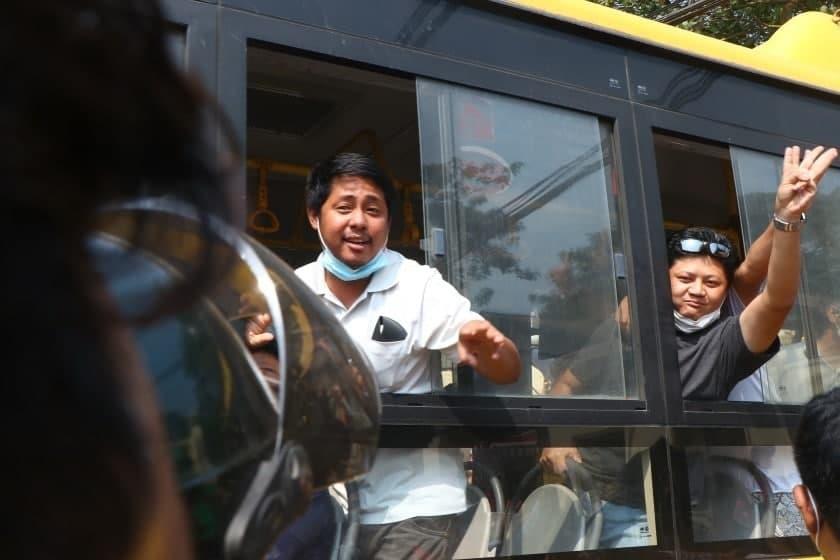