TOKYO, March 25 (Reuters) - North Korea launched two ballistic missiles into the sea near Japan on Thursday, Japan’s prime minister said, fuelling tensions ahead of the Tokyo Olympics and ramping up pressure on the new Biden administration in Washington.

North Korea’s ballistic missiles are banned under United Nations Security Council Resolutions, and if the launch is confirmed it would represent a new challenge to President Joe Biden’s efforts to engage with Pyongyang, which have so far been rebuffed.

The Japanese government said the missiles flew about 450 km (280 miles) and landed outside the Japanese exclusive economic zone.

“The first launch in just less than a year represents a threat to peace and stability in Japan and the region and violates U.N. resolutions,” Japanese Prime Minister Yoshihide Suga said in comments aired by public broadcaster NHK.

Japan is due to host its delayed and pandemic-affected Olympic Games in less than four months.

Suga said he would ensure a safe and secure Olympics and “thoroughly discuss” North Korea issues including the launches with Biden during his visit to Washington next month.

South Korea’s Joint Chiefs of Staff earlier reported at least two “unidentified projectiles” were fired into the sea between the Korean peninsula and Japan from North Korea’s South Hamgyong Province on the east coast.

South Korean and U.S. intelligence agencies were analysing the data of the launch for additional information, the JCS said in a statement.

South Korea’s presidential Blue House will convene an emergency meeting of the national security council to discuss the launches.

U.S. officials confirmed North Korea carried out a new projectile launch, without offering details on the number or kind of projectile detected.

Japan’s coast guard warned ships against coming close to any fallen objects and asked them to provide information to the coast guard. 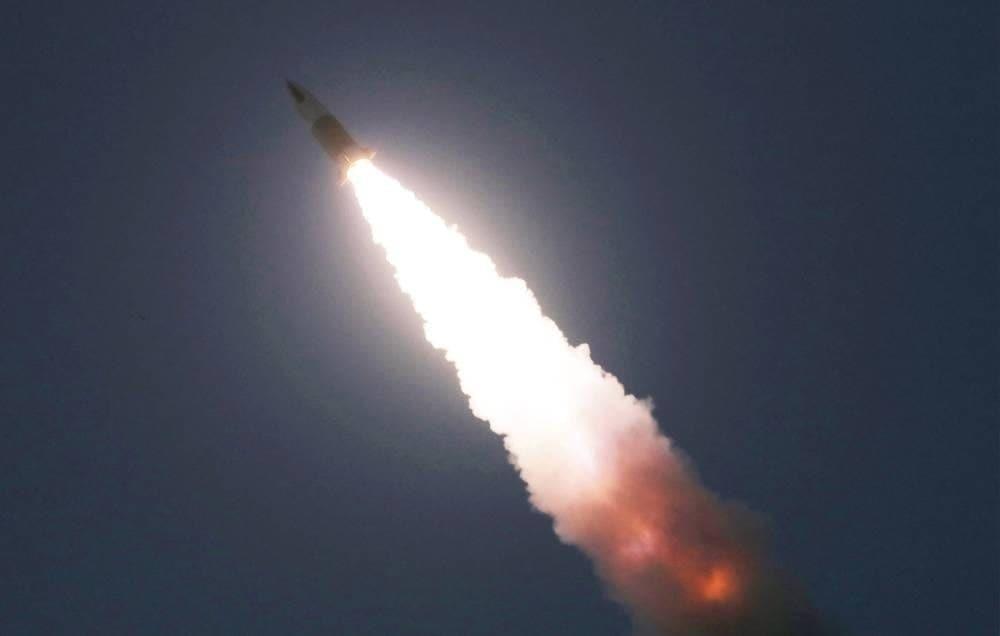