The launches, which were the country's first ballistic missile tests in nearly a year, underscored steady progress in its weapons programme amid stalled denuclearisation talks with the US.

President Joe Biden said on Thursday that the US remained open to diplomacy with North Korea despite its missile tests this week, but warned that there would be responses if North Korea escalates matters.

The new weapon is based on existing technology that was improved to carry a 2.5-tonne warhead, KCNA reported.

KCNA said the two weapons accurately struck a target 600km off North Korea's east coast, which conflicts with estimates by South Korean and Japanese authorities who said the missiles flew about 420km to 450 km.

"The development of this weapon system is of great significance in bolstering up the military power of the country and deterring all sorts of military threats," Ri Pyong Chol, the senior leader who oversaw the test, said, according to KCNA.

Missile specialists at the California-based James Martin Center for Nonproliferation Studies (CNS) said it appeared to be a missile that was unveiled at a major military parade in Pyongyang last October.

If it is, then Thursday's missiles were likely an improved and probably stretched variant of the previously tested KN-23 missile with "a really big warhead", said Jeffrey Lewis, of CNS.

The KN-23 is a North Korean short-range ballistic missile (SRBM) first tested in May 2019, with visual similarity to Russia's Iskander-M SRBM, prompting analysts to debate whether it was developed with foreign help.

The new missile's 2.5-tonne warhead may be a response to South Korea's announcement last August that its latest Hyunmoo-4 SRBM had "the largest payload in the world" at 2 tonnes, Lewis said.

The SRBMs developed by North Korea are designed to defeat missile defences and conduct a precision strike in South Korea, analysts say.

Kim has vowed to try to improve living conditions for citizens as North Korea's economy was ravaged by multiple crises, including international sanctions over the missile and nuclear weapons programmes, natural disasters and a crushing self-imposed border lockdown that slowed trade to a trickle in an effort to prevent a COVID-19 outbreak. 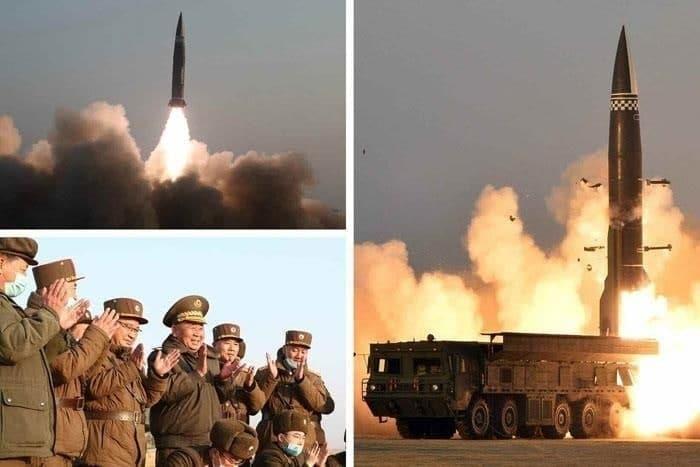