Candle-lit protests took place across the country overnight including in the Mandalay and Sagaing regions, as well as in Karen and Chin states, media reports said.

Myanmar has been rocked by almost daily protests since the army overthrew Aung San Suu Kyi's elected government and installed the junta.

Aung San Suu Kyi, who won the Nobel Peace Prize in 1991 for her campaign to bring democratic civilian rule to Myanmar, and other members of her National League for Democracy (NLD) are being held in detention.

More than 300 people have been killed in the subsequent crackdown, with nearly 90 per cent of victims shot dead and a quarter of them shot in the head, according to data from an advocacy group and local media.

A junta spokesman said 164 protesters and nine members of the security forces had been killed as of Tuesday. Reuters could not independently verify all the accounts. 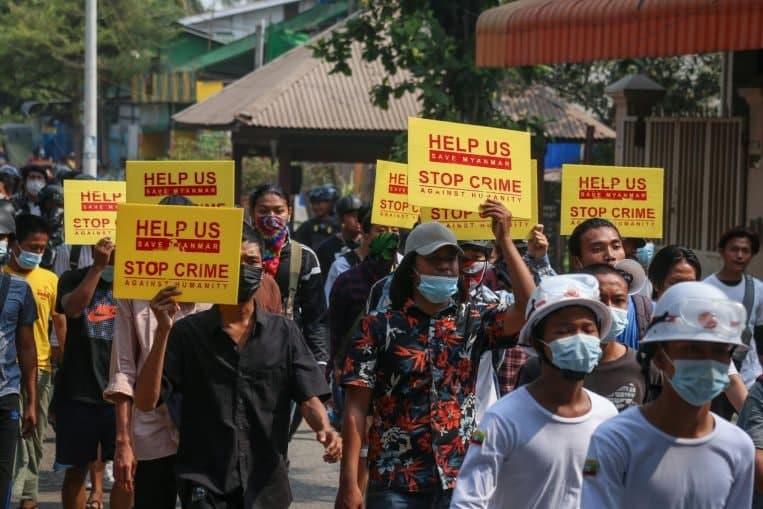