NAYPYIDAW, March 27 (AFP) - Myanmar's military will on Saturday (Mar 27) put on a major show of strength for the annual Armed Forces Day, as it struggles to quell widespread protests against its rule weeks after seizing power.

The country has been in turmoil since the generals ousted and detained civilian ruler Aung San Suu Kyi on Feb 1, triggering a major uprising demanding a return to democracy.

Anti-coup activists have called for a fresh round of protests on Saturday, when the military will hold a parade of personnel and firepower in the capital Naypyidaw.

Fears have been swirling that the day, which commemorates the start of the Burmese army's resistance to Japanese occupation in World War II, could become a flashpoint for unrest.

Prominent activist Ei Thinzar Maung urged protesters to come out on the streets on Saturday.

"The time has arrived again to fight the military's oppression," she wrote on Facebook.

Security forces have increasingly cracked down with lethal force on demonstrations against the coup in recent weeks, using tear gas, rubber bullets and live rounds to break up rallies.

The Assistance Association for Political Prisoners (AAPP), a local monitoring group, says 328 people have been killed and more than 3,000 arrested since the coup.

On Friday, Yangon's notorious Insein prison released 322 people detained over protests, adding to more than 600 freed earlier in the week. 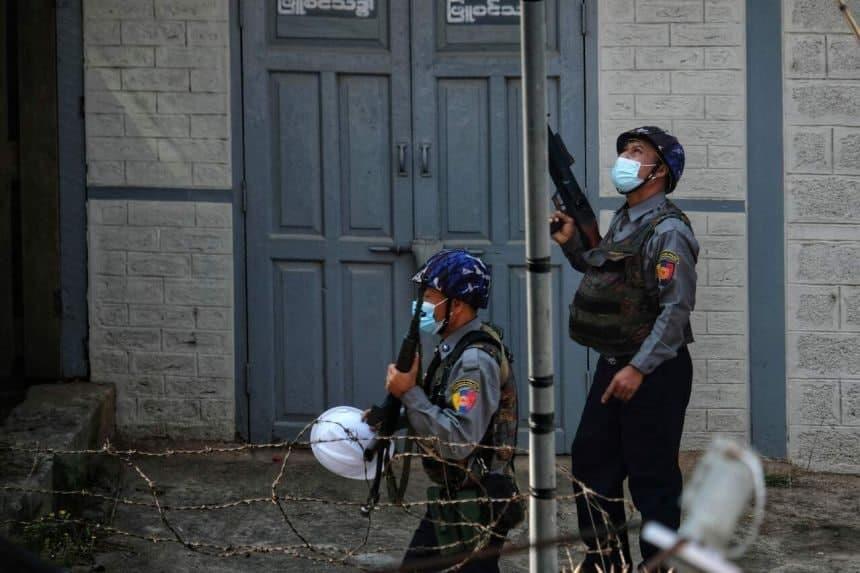