The War is against the Virus, Not against Each Other: WHO Official

GENEVA, March 26 (Xinhua) -- Commenting on the "new type of world war" in the rhetoric over vaccine distribution, a World Health Organization (WHO) official on Friday stressed the importance of collaboration between world leaders.

Aylward made the remarks after French President Emmanuel Macron said Thursday that "we face a new type of world war" while speaking of Europe's vaccine export strategy.

Macron was also cited by media reports as saying that he supported export control mechanisms put in place by the European Commission, since the United States and Britain both tended to protect their own vaccine production.

Aylward said that the WHO has discussed with several heads of governments since the beginning of the pandemic and "they have common purpose in this and that common purpose is to beat this virus. There's absolutely no question about that."

Repeating the call of the WHO Director-General for sharing vaccine doses with countries that have few of them, Aylward said "it's the right thing to do, to make sure everyone has access to these rare or scarce, for the moment, resources, vaccines in particular."

Michael Ryan, executive director of WHO Health Emergencies Programme, said at Friday's press conference that while most leaders are trying to do their best for their people, they also need to "take (a) global perspective."

"We see all humanity as equal," with equal rights to health, he stressed. 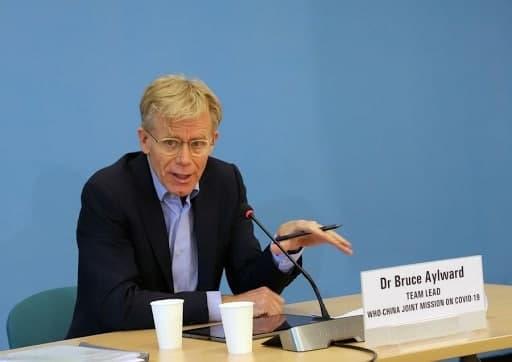