SYDNEY, March 27 (AFP) - Australia's trade minister threatened to take China to the World Trade Organization on Saturday (Mar 27) over its "unjustifiable" decision to hike duties on Australian wine imports for up to five years.

In the latest salvo between Beijing and Canberra, China's commerce ministry announced levies ranging from 116.2 per cent to 218.4 per cent would be slapped on Australian wine imports from Sunday.

Trade Minister Dan Tehan said the tariffs meant it was "basically impossible" for Australian wine to be competitive in the Chinese market.

"This decision which has been taken by the Chinese government is extremely disappointing and completely unjustifiable," Tehan told reporters in Melbourne.

"We will be looking at next steps, and those next steps will include looking at taking this matter to the World Trade Organization."

On Friday, the Chinese commerce ministry said it was imposing the duties after an investigation found "dumping and subsidies on imported wines" from Australia impacted the Chinese market.

Wine exports to China hit a record A$1.3 billion (US$900 million) in 2019, according to Australian government data, making it the biggest market by value for the product.

Diplomatic relations between the two countries have reached their lowest since the deadly 1989 Tiananmen Square crackdown.

Many see the sanctions as retribution for Australia blocking Chinese investment in sensitive areas and publicly calling for an investigation into the origins of the coronavirus.

Morrison also said Australia stood with British Prime Minister Boris Johnson after China imposed sanctions on several people in the UK and EU over their vocal support for the Uyghur Muslim minority in Xinjiang, where Beijing is accused of abuses.

"So Boris -- well done, mate -- we stand with you and thank you for standing with Australia as well." 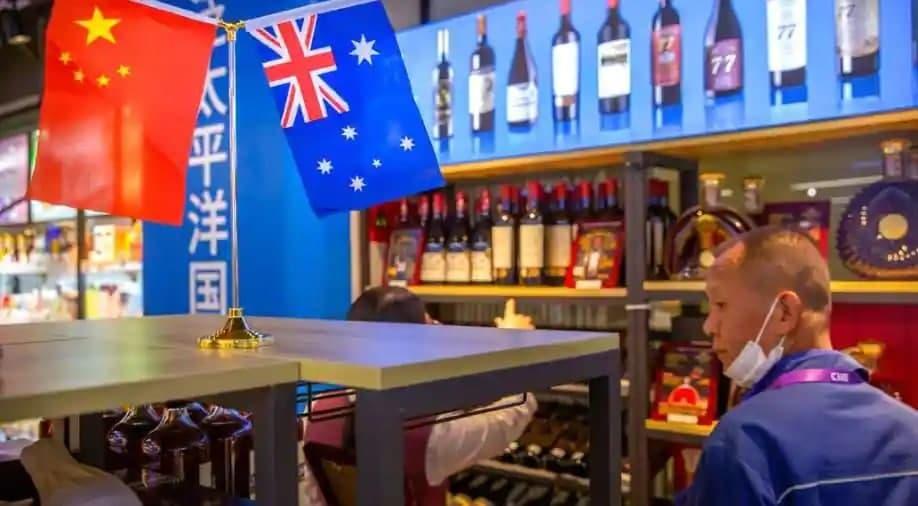