Macron Orders COVID-19 Lockdown across All of France, Closes Schools

PARIS, March 31 (Reuters) - President Emmanuel Macron on Wednesday (Mar 31) ordered France into its third national lockdown and said schools would close for three weeks as he sought to push back a third wave of COVID-19 infections that threatens to overwhelm hospitals.

With the death toll nearing 100,000, intensive care units in the hardest-hit regions at breaking point and a slower-than-planned vaccine rollout, Macron was forced to abandon his goal of keeping the country open to protect the economy.

"We will lose control if we do not move now," the president said in a televised address to the nation.

His announcement means that movement restrictions already in place for more than a week in Paris, and some northern and southern regions, will now apply to the whole country for at least a month, from Saturday.

Departing from his pledge to safeguard education from the pandemic, Macron said schools will close for three weeks after this weekend.

Macron, 43, had sought to avoid a third large-scale lockdown since the start of the year, betting that if he could steer France out of the pandemic without locking the country down again he would give the economy a chance to recover from last year's slump.

But the former investment banker's options narrowed as more contagious strains of the coronavirus swept across France and much of Europe.

For school-children after this weekend, learning will be done remotely for a week, after which schools go on a two-week holiday, which for most of the country will be earlier than scheduled.

Thereafter, nursery and primary pupils will return to school while middle and high school pupils continue distance learning for an extra week.

"It is the best solution to slow down the virus," Macron said, adding that France had succeeded in keeping its schools open for longer during the pandemic than many neighbours.

Daily new infections in France have doubled since February to average nearly 40,000. The number of COVID-19 patients in intensive care has breached 5,000, exceeding the peak hit during a six-week-long lockdown late last year.

Bed capacity in critical care units will be increased to 10,000, Macron said.

The new lockdown risks slowing the pace of France's economic recovery from last year's slump. It will force the temporary closure of 150,000 businesses at a cost of €11 billion (US$12.89 billion) per month, the finance ministry said

The set-back for France, the euro zone's second-largest economy, may also dampen Europe's hopes of bouncing back swiftly from the pandemic, in the way that the US and Chinese economies are doing.

Neighbouring Britain, which finalised its divorce with the bloc on Jan 1, has inoculated nearly half its population against the coronavirus and is re-opening its economy just as France hunkers down once again. 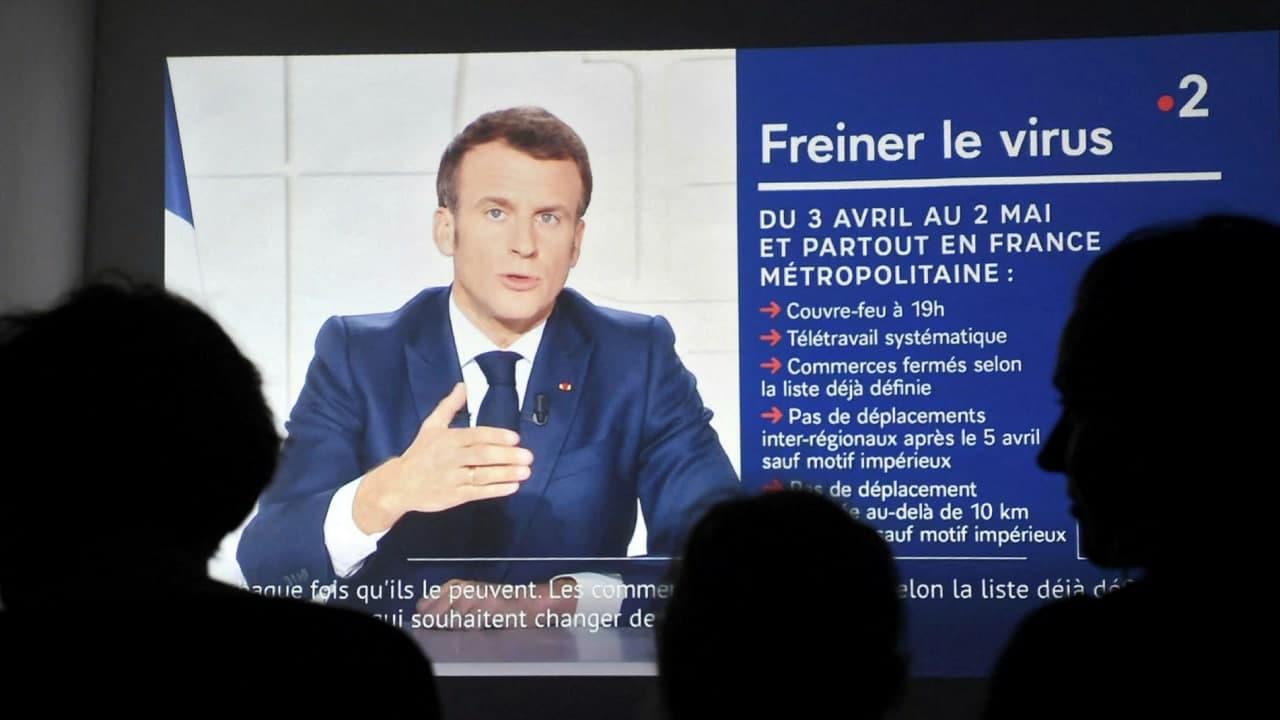