The first phase of Biden's "Build Back Better" programme, which he set out in a speech in Pittsburgh, details massive investment spread over eight years.

Putting infrastructure at the centrepiece of the president's economic agenda, it calls for the injection of US$620 billion into transport, including upgrading 32,000km of roads, repairing thousands of bridges and doubling funding for public transport.

"Today I'm proposing a plan for the nation that rewards work, not just rewards wealth. It builds a fair economy that gives everybody a chance to succeed. It's going to create the strongest, most resilient, innovative economy in the world," Biden said.

"It's a once-in-a-generation investment in America, unlike anything we've seen or done since we built the interstate highway system and the space race decades ago."

The cost would be partly covered by raising corporate tax from 21 per cent to 28 per cent.

And Biden's speech fired the starting gun on what is expected to be a bitter battle in Congress, where the Democrats hold only a narrow majority and will face strong opposition from Republicans.

The president described the blueprint as the "largest American jobs investment since World War II", which would cement the country's position at the top of the global economy.

"It will create millions of jobs, good-paying jobs. It will grow the economy, make us more competitive around the world, promote our national security interests and put us in a position to win the global competition with China in the upcoming years," he said.

The first criticisms came before Biden even gave his speech, some of it from the progressive wing of his own party.

From the opposite corner, Biden's Republican predecessor Donald Trump said the tax hike would "decimate US manufacturing" and described the proposed legislation as "among the largest self-inflicted economic wounds in history".

The coming months will test the negotiating skills of Biden, a veteran Washington dealmaker, to the limit, and the chances of his infrastructure plan becoming law remain uncertain. 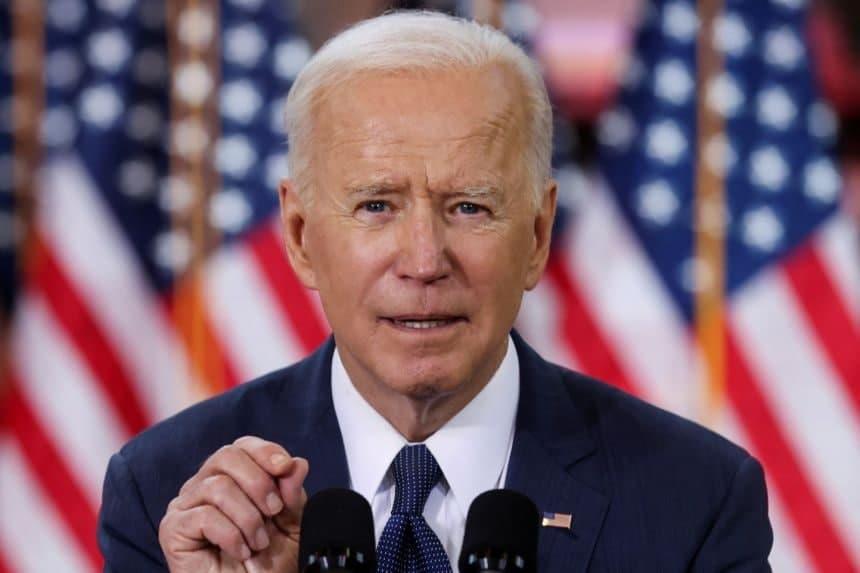