Facebook Removes Video Interview with Trump, Citing His Ban from the Platform

The removal tests just how far Facebook is willing to interpret its suspension, which followed the insurrection at the U.S. Capitol on Jan. 6. The video featuring Trump was posted by his daughter-in-law, Lara Trump, who was interviewing the former president. Lara Trump had teased the interview in an Instagram photo of the sit-down on Tuesday.

An email Lara Trump posted to her Instagram account later on Tuesday shows a message warning her team about uploading the video. The email reminded them that “content posted on Facebook and Instagram in the voice of President Trump is not currently allowed on our platform (including new posts with President Trump speaking) and will be removed if posted, resulting in additional limitations on accounts that posted it.” A Facebook source confirmed the veracity of the email.

A second email posted by Lara Trump said Facebook had removed the video once she had uploaded it to her page.

“In line with the block we placed on Donald Trump’s Facebook and Instagram accounts, further content posted in the voice of Donald Trump will be removed and result in additional limitations on the accounts,” the email said.

The former president was initially banned from Facebook’s services the day after the deadly riot fueled by his supporters following his false claims of election fraud. Facebook had said the ban would be indefinite and last at least through the remainder of his term.

The company has since maintained the ban and said it’s referring the matter to its independent oversight board to recommend whether the suspension should be lifted. Twitter has said its ban on Trump is permanent. 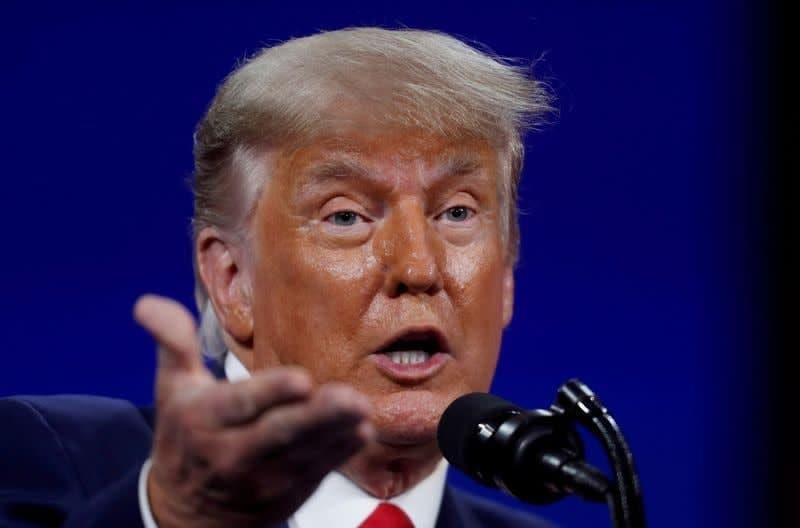