Japan PM to Meet Biden in US on April 16

Local media had reported the trip would take place next week, but top government spokesman Katsunobu Kato said the mid-April date would give both sides time to prepare.

The trip comes at a time of renewed focus on China's role in the region, as well as its alleged abuses of the Uyghur minority and its crackdown on freedoms in Hong Kong.

"We had been coordinating for early April, and a final decision was made that the date will be April 16, to allow us to prepare to make sure the prime minister's US visit is successful," Kato said.

The talks follow a visit by the Pentagon chief and top US diplomat to Japan in March, when the two countries warned China against "coercion and destabilising behaviour".

Kato said Suga's trip would be a chance to discuss "strengthening the Japan-US alliance" and issues ranging from the coronavirus to climate change.

Matters related to China and North Korea will also likely be on the agenda, Kato added. North Korea carried out missile tests last week in its first substantive provocation since Biden took office.

Suga, 72, became prime minister in September after his predecessor Shinzo Abe stepped down for health reasons.

He has had his first shot of COVID-19 vaccine in preparation for the US trip, although Japan is not expected to begin mass jabs for weeks.

Suga will also reportedly use the trip to invite Biden to the Tokyo Olympics, due to begin on Jul 23 after a year's pandemic delay. 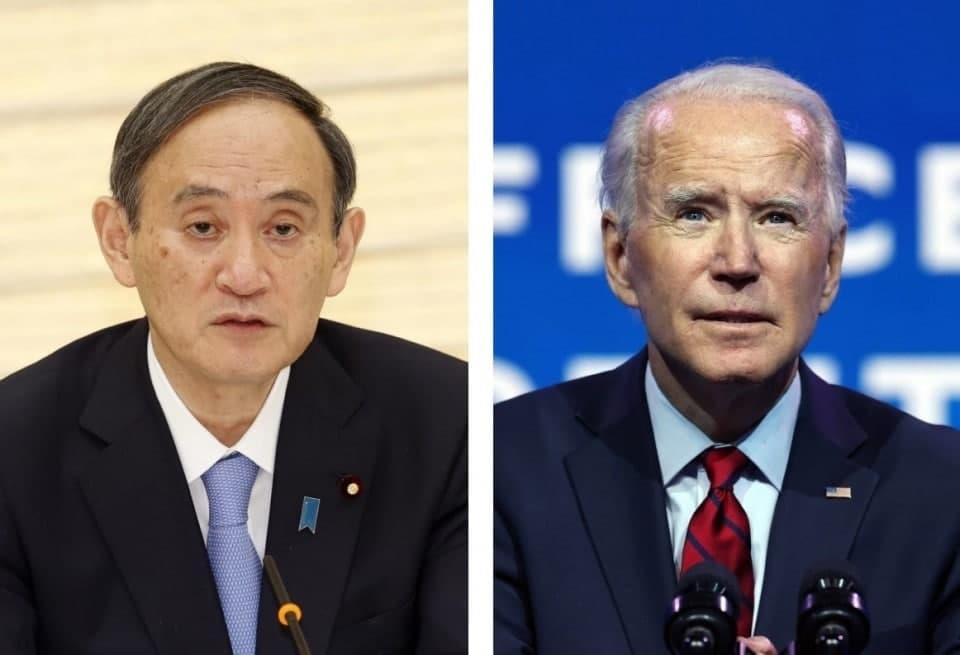