Officials said Friday's devastating collision was caused when a parked railway maintenance vehicle slipped down an embankment and onto the tracks.

A train packed with as many as 500 people at the start of a long holiday weekend then hit the truck just as it entered a narrow tunnel near the eastern coastal city of Hualien.

Prosecutors said they are seeking an arrest warrant for the truck driver.

Pictures released by rescuers showed the front of the train had been pulverised into a twisted mesh of metal inside the tunnel. Specialist teams spent hours extracting bodies and survivors, pulling them along the roof of the stricken train to get them into the open.

On Saturday, the rescue operation began removing carriages now blocking one half of the sole train line down Taiwan's remote and mountainous eastern coastline.

The last major train derailment in Taiwan was in 2018 that left 18 people dead on the same eastern line. That crash was the island's worst since 1991, when 30 passengers were killed and 112 injured after two trains collided in Miaoli.

Other major crashes that killed dozens have taken place in 1981, 1978 and 1961. Taiwan's most deadly rail disaster on record was in 1948 when a train caught fire and 64 people perished. 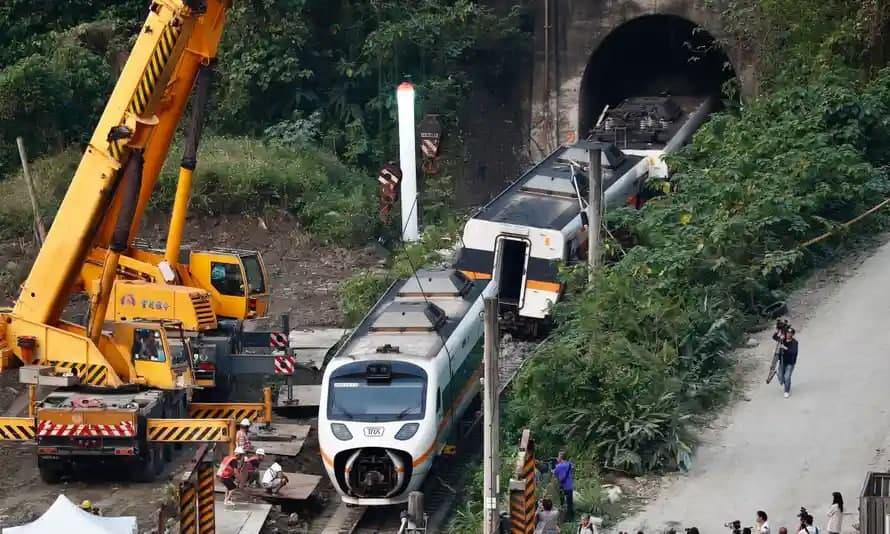 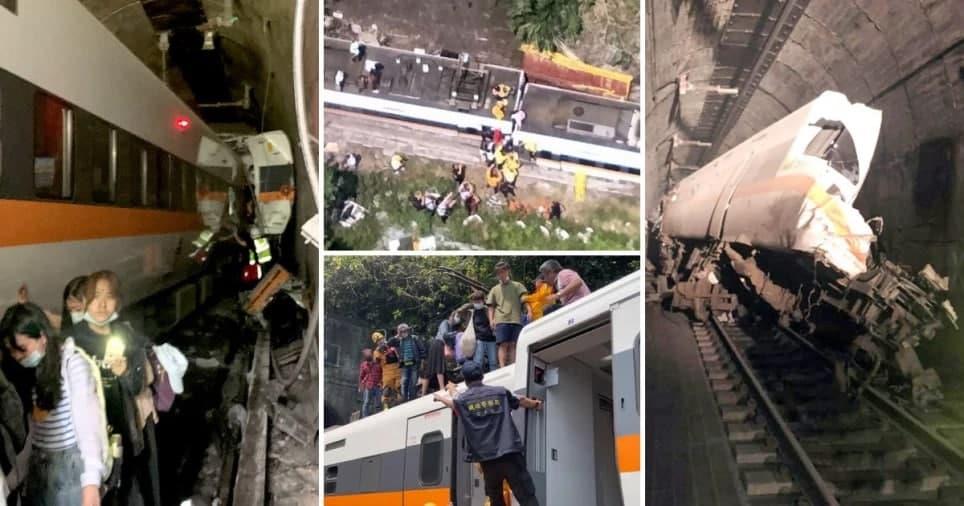 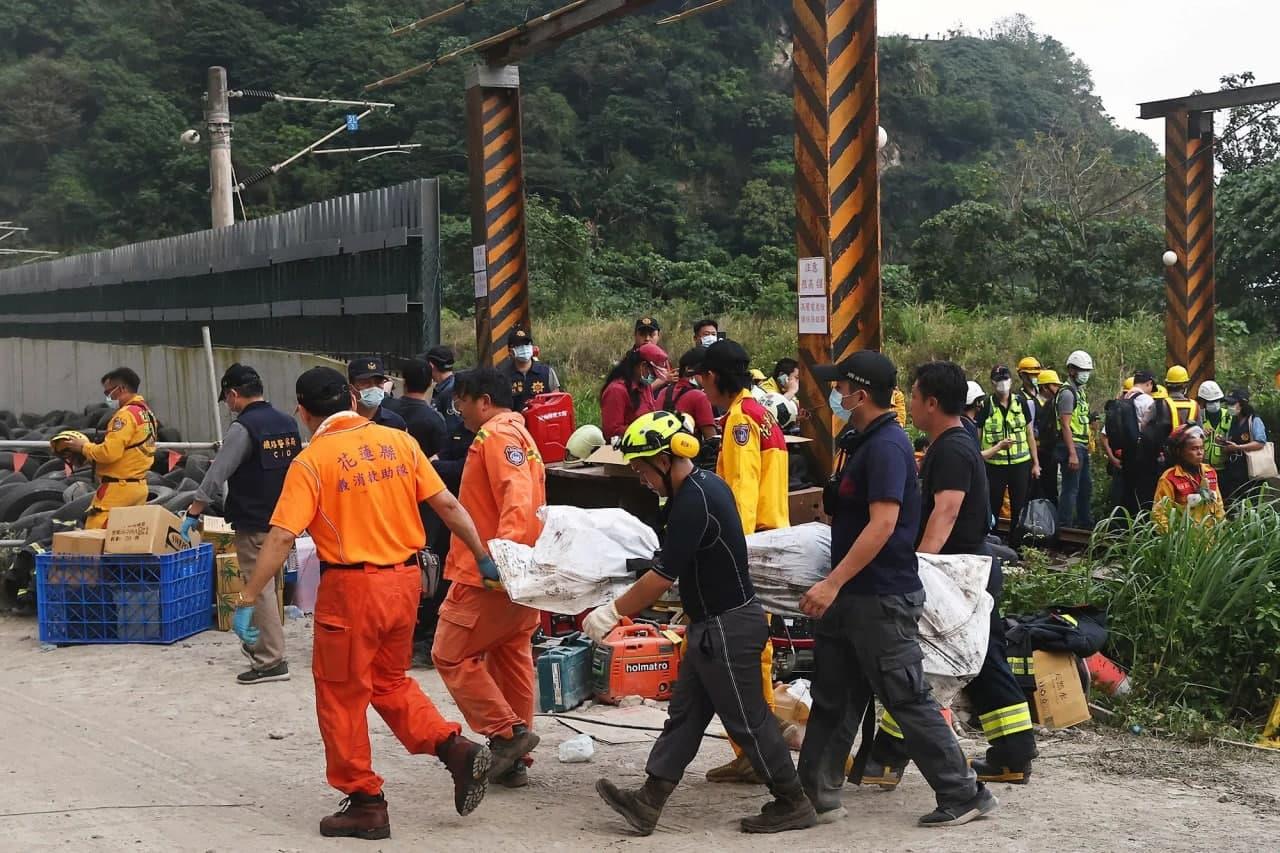