Job growth was "widespread" in the month, led by gains in leisure and hospitality, public and private education, and construction, according to the report released by the department's Bureau of Labor Statistics (BLS).

Employment in leisure and hospitality increased by 280,000, as pandemic-related restrictions eased in many parts of the country, the report showed, while noting that the figure is still down by 3.1 million, or 18.5 percent, since February 2020.

In March, employment increased in both public and private education, reflecting the continued resumption of in-person learning and other school-related activities, according to the report.

Construction added 110,000 jobs in March, following job losses of 56,000 in the previous month that were "likely weather-related," the report said.

"March was a good month for the U.S. labor market and it's possible better times are ahead this quarter," Ryan Sweet, a senior director at Moody's Analytics, wrote in an analysis.

U.S. President Joe Biden on Friday called the March jobs report "good news," while noting that there are 8.4 million fewer jobs today than there were last March after "a year of devastation."

"We still have a long way to go to get our economy back on track after the worst economic and job crisis in nearly a century," Biden said.

"Too many Americans who have been unemployed for longer than six months. Too many women have been forced out of the workforce. Unemployment among people of color remains far too high," he continued.

The U.S. president urged Congress to debate his 2-trillion-U.S.-dollar infrastructure plan, touting that it would create millions of well-paying blue-collar jobs.

The BLS report also showed that unemployment rate is down considerably from its recent high in April 2020 but is still 2.5 percentage points higher than its pre-pandemic level in February 2020.

Sweet noted that adjusted for the misclassification of the unemployed on temporary layoff who were instead classified as the employed but not at work, the unemployment rate would have been 6.4 percent in March.

"If we account for those that dropped out of the labor force, the unemployment rate would be closer to 9 percent in March," he added.

The labor force participation rate changed little at 61.5 percent in March, which is 1.8 percentage points lower than in February 2020, according to the BLS report.

The number of permanent job losers, at 3.4 million, was little changed in March, but is 2.1 million higher than a year earlier, the report showed.

Amid widespread COVID-19 shutdowns in March and April last year, 22 million Americans lost their jobs. Despite an improving trend in the labor market, the recovery was stalled for a few months amid COVID-19 resurgence.

U.S. unemployment is expected to decline to 5.0 percent by year-end and 4.4 percent by the end of 2022, still higher than the pre-pandemic level of 3.5 percent, according to the Peterson Institute for International Economics' semiannual Global Economic Prospects released Thursday. 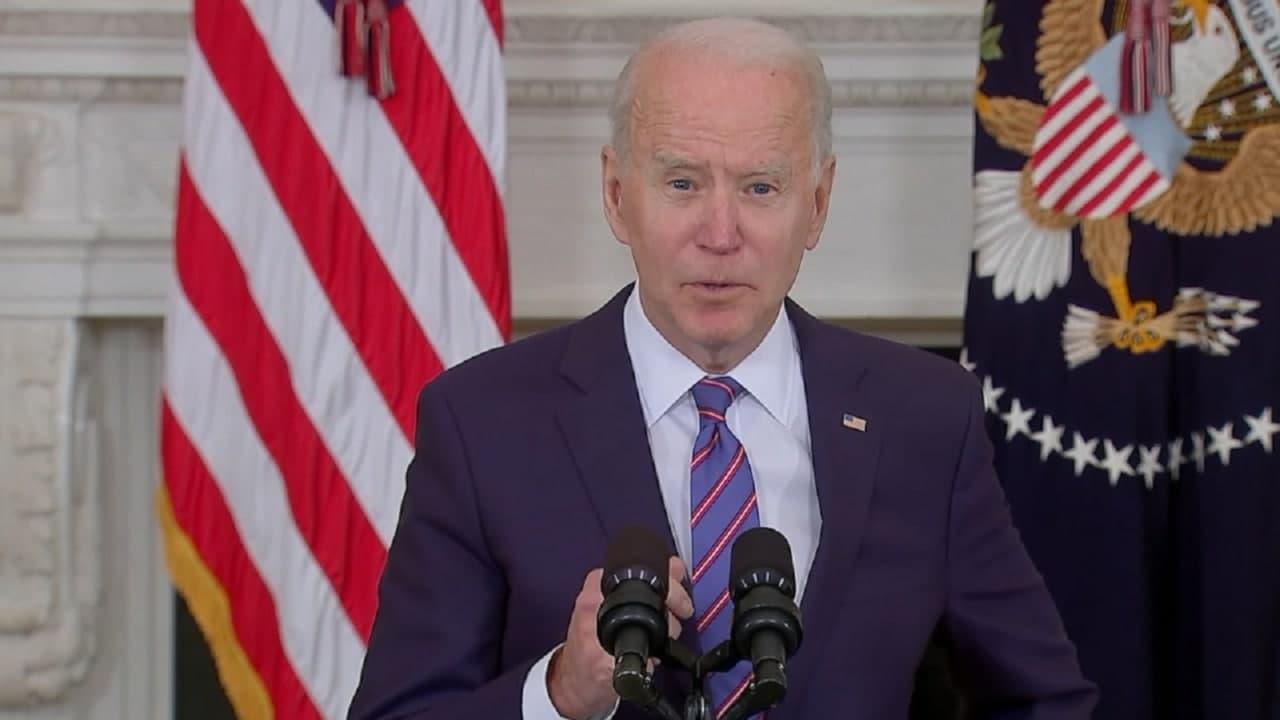