Iran Not to Hold 'Direct or Indirect' Talks with U.S. in Vienna: Chief Negotiator

TEHRAN, April 4 (CGTN) - Iran will not hold any direct or indirect talks with representatives of the United States in the meeting of the 2015 nuclear agreement participants scheduled for Tuesday in Vienna, Iran's chief nuclear negotiator said Sunday.

"We will negotiate with the Joint Commission and the P4+1 countries, and will communicate them our request and condition for a return to the Joint Comprehensive Plan of Action (JCPOA)," Deputy Foreign Minister Abbas Araqchi said in an interview quoted by official news agency IRNA.

Iran's demand, he added, is that Washington first fulfills all its obligations by the JCPOA, lifts all the sanctions it has imposed on Iran, and then Iran will return to full compliance with the agreement after verifying the removal of the sanctions.

If the P4+1 countries, including China, Britain, France and Russia, plus Germany, succeed in convincing Washington to lift all the sanctions "by any means they know," Iran will comply, he noted.

Araqchi stressed that Iran will not accept any step-by-step plan to revive the agreement, but only the lifting of all the sanctions imposed by the administration of former U.S. President Donald Trump, whether they did not exist before, or were re-imposed or re-labeled.

"The final step that they must take, and we must take must be defined precisely, and this will only take place in our technical talks with the P4+1 countries," the deputy minister said.

The April 6 meeting in Vienna will be convened after a virtual reunion on Friday of the JCPOA participants.

The European Union issued a statement after the Friday meeting saying that the participants recognized the prospect of a full return of the United States to the JCPOA and "underlined their readiness to positively address this in a joint effort."

Tehran gradually stopped implementing parts of its JCPOA commitments from May 2019, one year after the Trump administration unilaterally abandoned the agreement and re-imposed sanctions on Iran.

French Foreign Minister Jean-Yves Le Drian on Saturday called on Tehran to be "constructive" during talks next week in Vienna.

Le Drian spoke to his Iranian counterpart Javad Zarif on Saturday and "welcomed the coming resumption in Vienna of discussions on the nuclear dossier."

He also "encouraged Iran to be constructive in the discussions … to identify in the coming weeks what needs to be done for a full return to respecting the agreement," Le Drian said in a statement.

Iranian Foreign Minister Zarif tweeted that during the conversation he "called on France to honor its commitments under the accord, and to cease abiding by illegal sanctions imposed by the U.S." 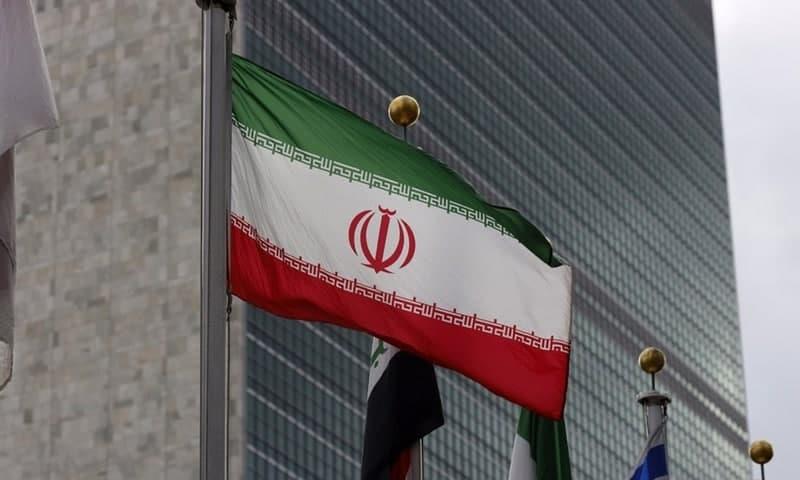