China, US Send Warships into Disputed Waters as Tensions Rise over Whitsun Reef

BEIJING, April 6 (SCMP) - China and the United States have sailed aircraft carriers into contentious waters in the East and South China seas, the latest maritime contest between the strategic rivals at a time of heightened tensions in the region.

Analysts say their naval presence in the Indo-Pacific at the same time highlights the risk of military conflict between the powers, as Beijing asserts its maritime claims in the region more aggressively and Washington focuses its defence strategy on countering China.

It comes amid a deepening dispute between Beijing and Manila over the presence of Chinese vessels – which the Philippines says are a maritime militia but China says are fishing boats – in the Whitsun Reef in the South China Sea.

The Philippine foreign ministry on Monday said China’s claims that the boats were sheltering from bad weather were “blatant falsehoods” and “clearly [a] false narrative of China’s expansive and illegitimate claims in the West Philippine Sea”.

Manila also rejected Beijing’s assertion that the reef in the disputed Spratly Islands was a traditional Chinese fishing ground and again demanded the boats leave the area, in its exclusive economic zone, immediately.

“For every day of delay, the Republic of the Philippines will lodge a diplomatic protest,” the statement said. The US, Japan and Indonesia also stepped up pressure on China over the dispute last week.

On Sunday, a US aircraft carrier strike group led by the USS Theodore Roosevelt entered the South China Sea from the Strait of Malacca, according to the Beijing-based South China Sea Strategic Situation Probing Initiative, citing satellite data.

It said the USS Mustin guided-missile destroyer was also operating in the East China Sea and edged close to China’s Yangtze River on Saturday.

Meanwhile, Chinese aircraft carrier the Liaoning passed through the Miyako Strait off southwestern Japan on Saturday, days after China’s defence ministry urged Japan to “stop all provocative moves” over the contested Diaoyu Islands in the East China Sea, which Tokyo calls the Senkakus.

The PLA Navy announced on social media on Monday night that the Liaoning was en route to conduct “scheduled exercises” near Taiwan, to “test the effectiveness of troop training, and to improve the capacity to safeguard the country’s sovereignty, safety and development interests”. Similar naval exercises would continue to be organised as planned, it said.

Tokyo has repeatedly voiced concerns over China’s new coastguard law that allows its quasi-military force to use weapons against foreign ships seen as illegally entering Chinese waters, and over the increased presence of China’s coastguard in waters near the contested islands.

Regional tensions have also been rising over Taiwan, where Beijing has in recent months ramped up “grey zone” warfare tactics against the democratic island it claims as its own.

The US also conducted a series of military exercises with its allies in the region last week, including with Japan in the East China Sea, with Australia in the eastern Pacific and with India in the Indian Ocean. 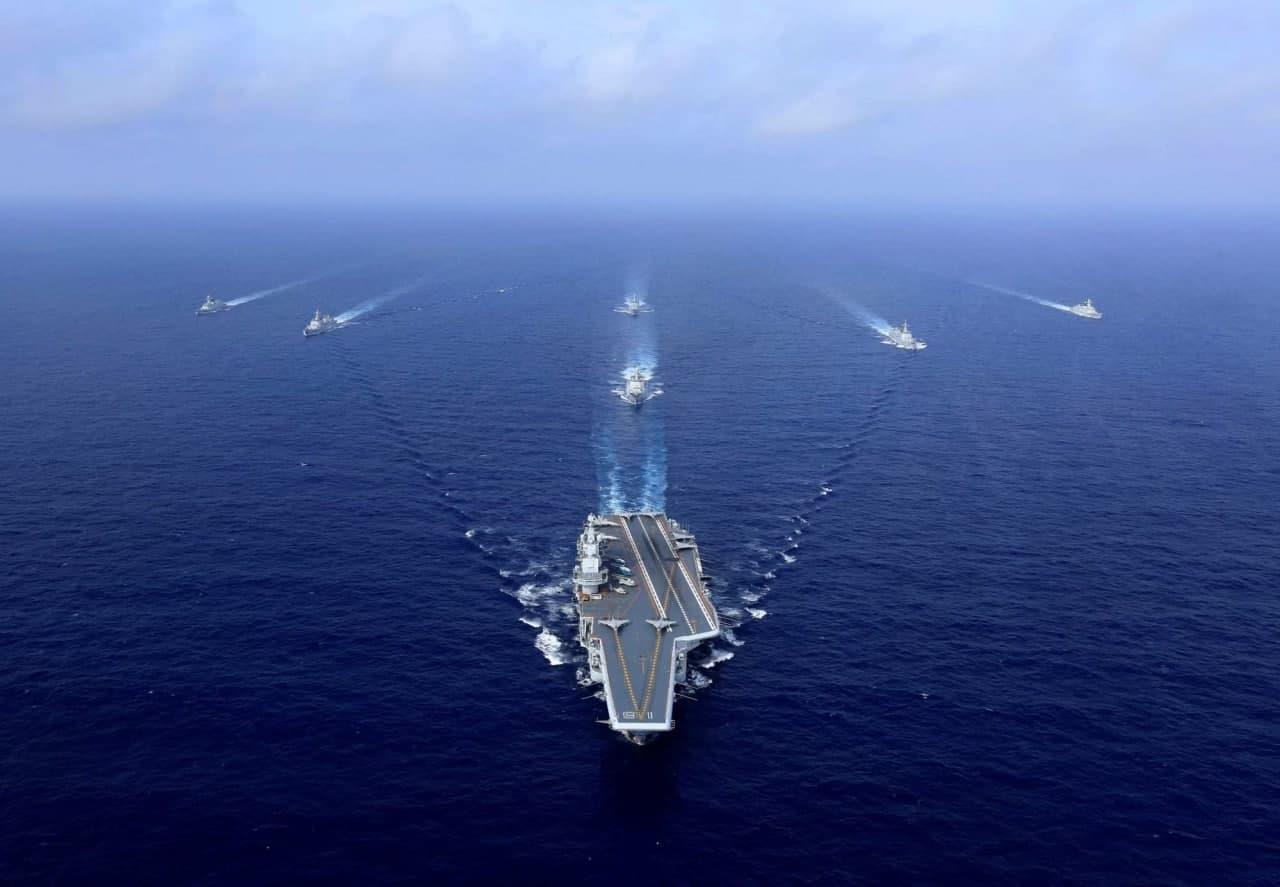