The photographs were separately taken over the northern and southern hemispheres of Mars with the medium resolution camera on Tianwen-1, China's first interplanetary mission.

The result is two glorious shots showing the illuminated eastern hemisphere of Mars, including surface features and the faint edge of the Martian atmosphere. The photographs were taken at a distance of around 6,850 miles (11,000 kilometers) away from Mars.

The Tianwen-1 probe is currently in a polar orbit around Mars which takes it as close as 174 miles (280 kilometers) to the surface and as far away as 36,660 miles (59,000 km), according to the China National Space Administration (CNSA).

The orbit allows the spacecraft to pass over the primary candidate landing site for the mission's rover.

The spacecraft’s high resolution camera has been collecting detailed images of the target landing site in preparation for a rover landing attempt in May or June, according to CNSA.

Tianwen-1 arrived at Mars on Feb. 10, just a day after the United Arab Emirates’ Hope probe, and a week ahead of NASA’s Perseverance rover. 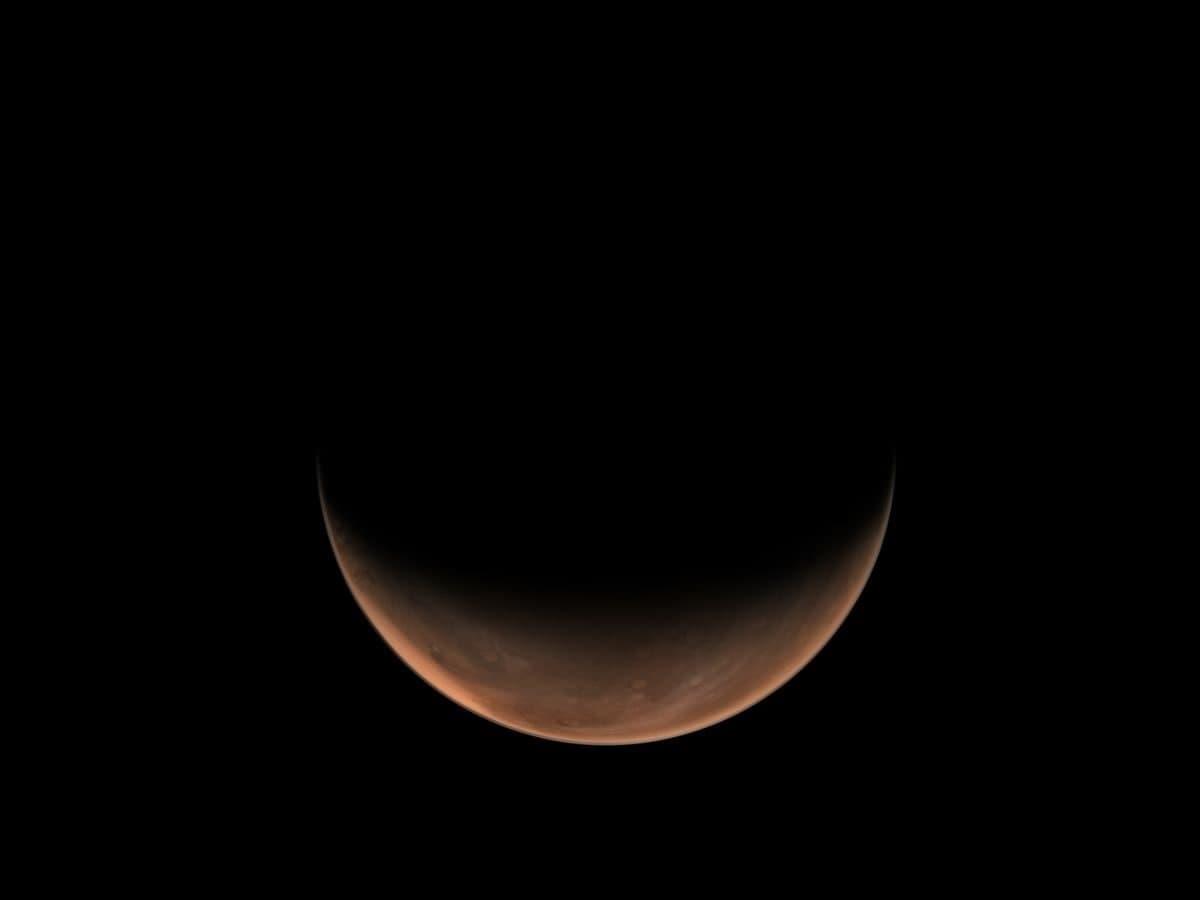 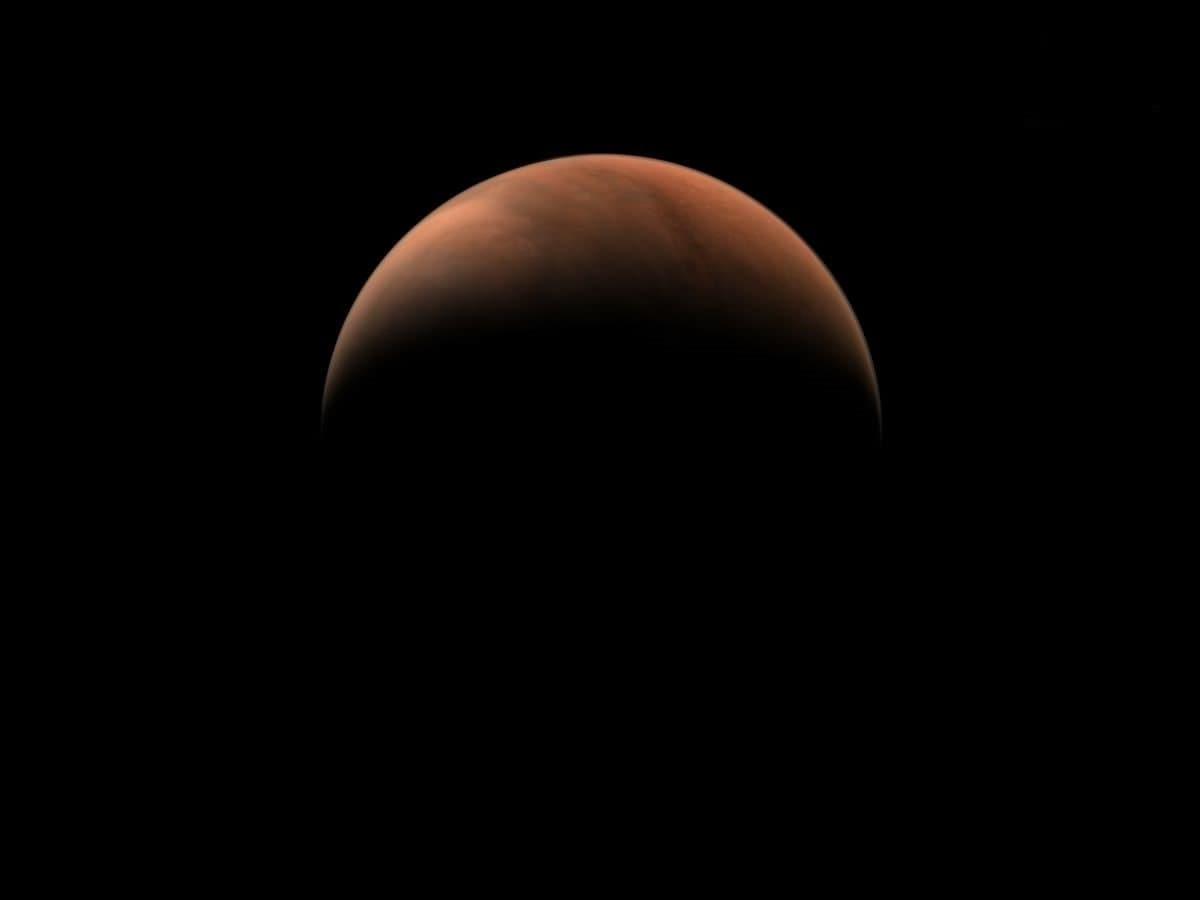