WASHINGTON, April 7 (Reuters) - The United States is prepared to consider diplomacy with North Korea if it leads to a path of denuclearisation, White House spokeswoman Jen Psaki said on Wednesday (Apr 7).

At a regular briefing, Psaki declined to comment on reports from US researchers this week about activity at North Korea's Sinpo shipyard which analysts said could be part of preparations for a test of a submarine-launched ballistic missile. She referred queries on that to the Pentagon.

"I would say, broadly speaking, we have a clear objective as it relates to North Korea, which is denuclearising the ... Korean Peninsula," she said. "We're of course continuing to enforce sanctions, we're consulting with allies and partners. We are prepared to consider some form of diplomacy if it's going to lead us down the path toward denuclearisation."

The administration of US President Joe Biden, who took office in January, has said it is in the final stages of a review of policy towards North Korea.

It has simultaneously signalled a hard line on human rights, denuclearisation and sanctions, while making diplomatic overtures that officials say have been rebuffed by Pyongyang, which has long demanded sanctions relief.

Biden has said Washington remains open to diplomacy with North Korea despite the tests, but warned there would be responses if North Korea escalates matters.

The reports by research institutes referred to movement detected via satellite images of a submersible missile test stand barge at Sinpo.

The reports, including by the Center for Strategic and International Studies, said the activity could be part of preparations for the test of a submarine-launched ballistic missile, although it could also be related to maintenance and no such test appeared imminent. 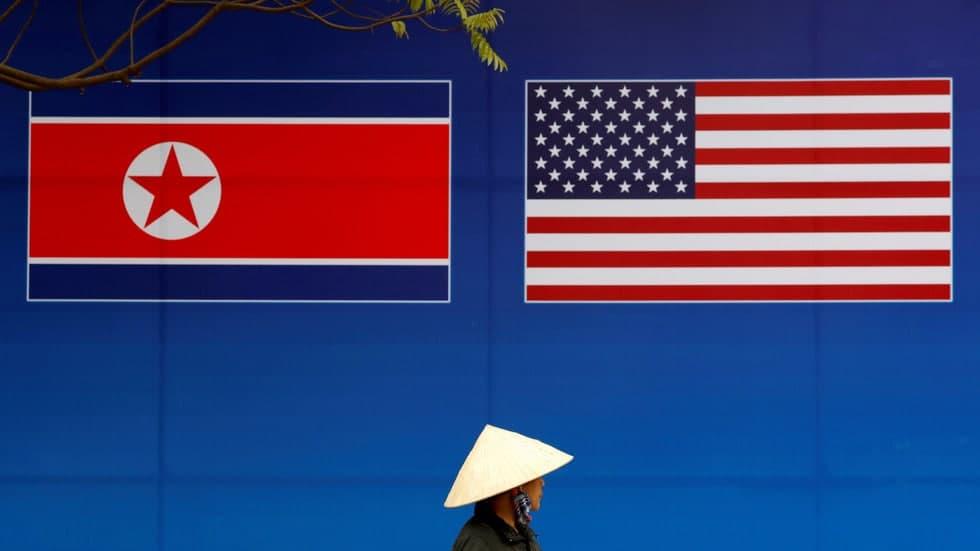