JERUSALEM, April 22 (Reuters) - The COVID-19 vaccine developed by Pfizer and BioNTech is effective at preventing symptomatic and severe disease in people with some chronic illnesses, like diabetes and heart disease, the biggest real-world study showed on Thursday (Apr 22).

The analysis of almost 1.2 million people by Israel's largest healthcare provider will offer further hope for countries as they get shots into citizens' arms, particularly those considered vulnerable, and curb the pandemic that has killed more than 3.1 million people.

For people who were vaccinated and were already suffering three or more chronic conditions or risk factors, such as heart disease, neurological disease, chronic kidney disease, chronic lung disease, smoking, pregnancy or obesity, the research shows it was 88 per cent effective in preventing symptomatic infection.

It was more than 90 per cent effective against severe disease for people with type 2 diabetes, heart or cerebrovascular disease and 100 per cent for people suffering from immunodeficiency.

The data is the latest from Israel where a universal and digitised healthcare system and the speedy vaccination programme have allowed researchers insights into the vaccine's potency. Clalit covers more than half of Israel's population.

The results were lower than the 96 per cent overall vaccine effectiveness seven days or more after the second dose, found by the study and the 95 per cent effectiveness found in clinical trials last year.

But researchers said they offered some optimism that the vaccine still offers protection against severe illness in people who become infected after they get their shots.

"Protection is mildly reduced among patients with several co-morbidities. These results are very encouraging, as they suggest that most COVID-19 cases will be prevented by vaccination even in the elderly and chronically ill," said Ran Balicer, Clalit's chief innovation officer.

The research was also carried out by Harvard and the University of Michigan and published in the New England Journal of Medicine on Thursday.

The Clalit study, compared 596,618 people vaccinated between Dec 20 2020 and Feb 14 against the same size group of unvaccinated people, matching age, gender and other characteristics.

The subgroup of the people with chronic diseases was about 130,000 people, Balicer said.

More than half of Israel's 9.3 million population has been fully inoculated since its vaccination drive began in late December. COVID-19 cases have dropped continuously since a mid-January peak as the economy has largely opened.

Balicer said that although Israel was not yet at "herd immunity", the sharp drop was "proof of the potential of mass vaccination to really take us out of harm's way and shows the light at the end of the tunnel". 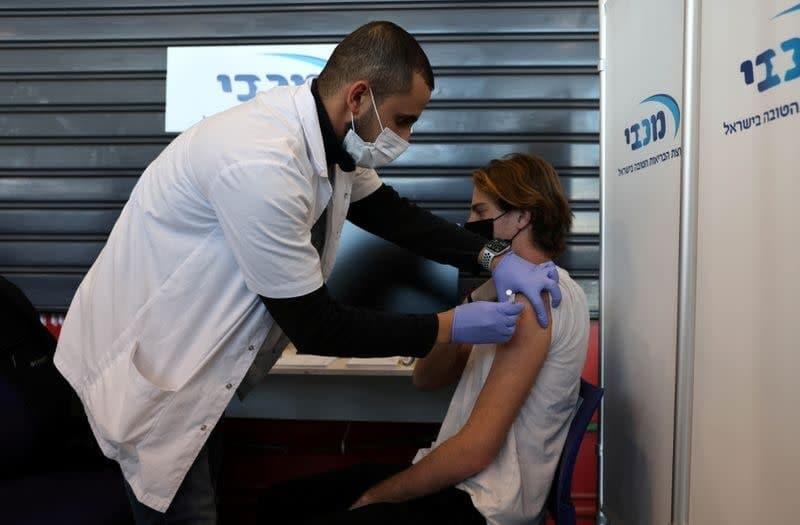