Recovery efforts were hampered by pouring rain and heavy slabs of cement that made searching by hand difficult.

It has now been four days since a survivor was pulled alive from the ruins of the Champlain South Towers in Surfside, Florida, which abruptly collapsed on Thursday while most residents slept.

"They are coping with the news that they might not have loved ones come out alive and still hoping that they will," the mayor said. "Their loved ones may come out as body parts."

Rescue teams were using cranes, dogs and infrared scanners to identify signs of life in the ruins, although hope was diminishing as time wore on.

Some relatives of the missing have provided DNA samples to officials. Family members were permitted to visit the site on Sunday.

"Not to say that we have seen anyone down there, but we've not gotten to the very bottom," he said.

Jadallah said searchers have heard some sounds, such as tapping or scratching, that could possibly be made by a survivor, although he acknowledged that they could also be caused by shifting metal.

The search teams include experts sent by Israel and Mexico.

The cause of the collapse remains under investigation. 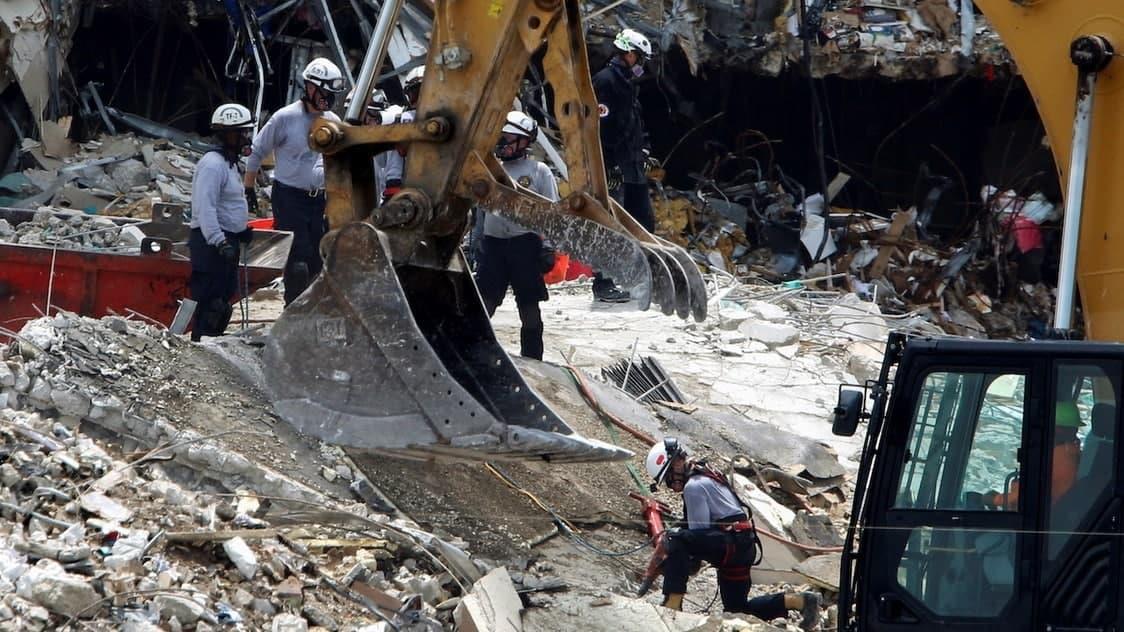