From a Centennial to Lasting Ironclad Friendship: Message from Chinese Ambassador to Cambodia

Phnom Penh (FN), Jun. 28 – When the Communist Party of China (CPC) was founded in July 1921, China was at an existential moment, its sovereignty and territorial integrity at the mercy of imperial powers, political landscape heavily fragmented, people suffering from dire poverty and prospects as gloomy as uncertain.

Then came the CPC, with only 50 members at its inception, making its mission the fortunes of the Chinese people and rejuvenation of the Chinese nation.

In keeping with that commitment, the CPC is crossing into its second century with 91 million members, having grown into the largest ruling party in the world.

Not only has China built the world’s second largest economy, its per capita GDP has risen above 10,000 dollars and is still heading upwards.

Not only has China bade farewell to extreme poverty, it has been consistently contributing over 30% of world growth for years.

Not only has China kept the pandemic largely at bay domestically, having crossed the 1-billion-jab threshold at home, but has also delivered over 300-million doses overseas.

PPE-wise, in 2020 alone, China exported 224.2 billion face masks, 2.31 billion protective suits and 271,000 ventilators. China is a can-do country. Over the course of the last century, the CPC has managed to unite the vast population of China, once mocked for lack of unity and endless in-fighting, behind a common cause.

Together, we defeated foreign invasion, abolishing all unequal treaties forced upon China, having founded the People's Republic. Together, we established the socialist system and have been building upon it ever since.

Together, we have charted the course of socialism with Chinese characteristics, setting the nation seasoned with 50 centuries of collective memory on fast track to modernization.

People has made their choice.

The CPC is the can-do party for China. Among the many reasons relevant, there are 3 "commitments" I wish to highlight:

First, commitment to the service of the people. This has been at the center of CPC conviction and everything it does, and has in turn won overwhelming support from the public. Polls galore, conducted by Chinese foreign teams, have proven consistently that the Chinese government led by the CPC enjoys highest approval-rating among countries, and still rising.

Second, commitment to going our own way. We keep on taking stock of China's reality, where we are, what are our strengths, what comes short and what is the most pressing task, etc. Building on a solid Chinese anchor, we absorb all there is to learn from other nations and civilizations, having arrived at the path of socialism with Chinese characteristics, which has enabled both rapid economic development and sustained social stability.

Third, commitment to self-improvement. The CPC keeps on innovating in both theory and practice and theory upon practice, refreshing itself through taking on issues squarely and self-discipline. The result is greater creativity, unity and productivity that ever strengthen.

We keenly treasure our accomplishments hard-won with a century of revolution, nation building and development. Equally strong is our respect for the rights and efforts of all peoples across the globe to work and succeed on their own paths towards the future.

It comes from our own experience that we are solidly against all the bullying, tempering with other countries' domestic affairs, imposing one's will on others and willful threats of sanctions.

Instead, China stands for consultation on equal footing, openness and innovation, solidarity, cooperation and justice. We wish to engage all in Belt and Road cooperation along the principles of extensive consultation, joint contribution and shared benefits, to unveil a shared future of development, prosperity, health, security, mutual respect and mutual learning.

China is committed to creating opportunities with the world for the world through its own development, and is ready to engage all parties for progress in pursuit of a community with a shared future for mankind.

That being the case, there are always some who fear the growth of countries different from their own and find rising standards of living in developing countries unnerving. There is never a shortage of misinformation, disinformation about China or the CPC, attempting in vain to drive apart the CPC and the Chinese people, or to undermine China's friendship with other countries, not least friends like Cambodia. No matter how hard they try, it is destined to fail. Over the decades, the fallacies of China Threat, China Collapse have had a miserable track record. The ironclad friendship between China and Cambodia keeps growing from strength to strength against all odds.

We will always remember the Cambodian government's declaration of "no flight suspension, no discrimination and no evacuation" in the immediate wake of the COVID-19 outbreak.

We will always remember the donations from His Majesty the King and Her Majesty the Queen Mother at a time of great need.

We will always remember Prime Minister Hun Sen's solidarity visit to China against all odds, including the inclement weather.

And in solidarity with Cambodia, the Chinese government and military were the first and foremost to send medical experts and supplies, and most notably recently, vaccines. Vaccine deliveries to Cambodia started when the supply in China was still short and they keep coming, topping 10 million doses and counting. That's over 95% of vaccines Cambodia has secured and that's priority partner and community with shared future in live action.

Our cooperation is booming despite the pandemic. Trade grew to US$9.56 billion in 2020. Major Belt and Road projects are making progress as we speak. Among them there are Sihanoukville Special Economic Zone, Phnom Penh - Sihanoukville expressway, rural water supply system, national stadium, etc. Following the milestone free trade agreement signed last October, quality Cambodian products such as bananas, mangoes, aquatic products and more to come are entering the vast Chinese market and becoming people’s favourites.

These days we are marking the centennial of the CPC and the 70th anniversary of the CPP side by side, their proximity enhancing one another's significance. Honouring history provides a unique opportunity to learn, to theorize and to explore. We have every reason to be confident that China and Cambodia, by working closely together in forging our way forward, both respectively in our national way and collectively towards building a shared future, will have no other destiny than to succeed. And this new chapter of friendship and progress will in turn be the source of celebration and remembrance for generations to come. 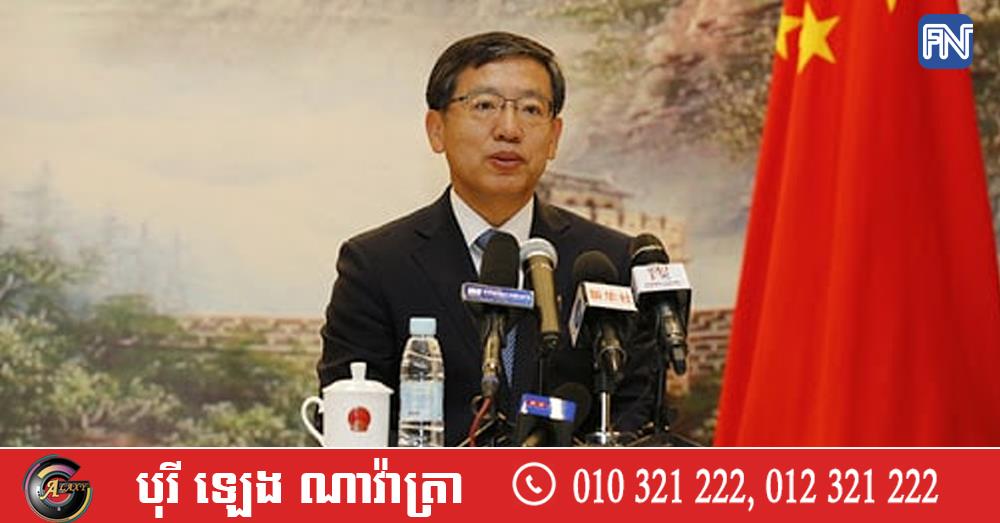 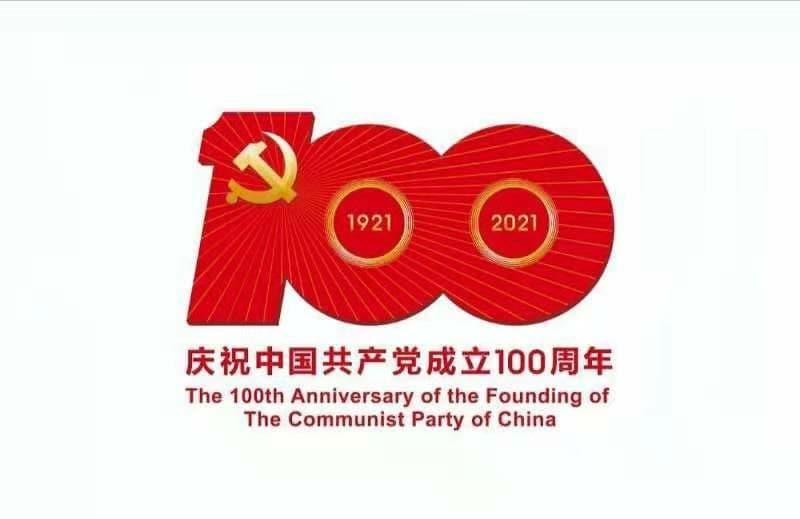 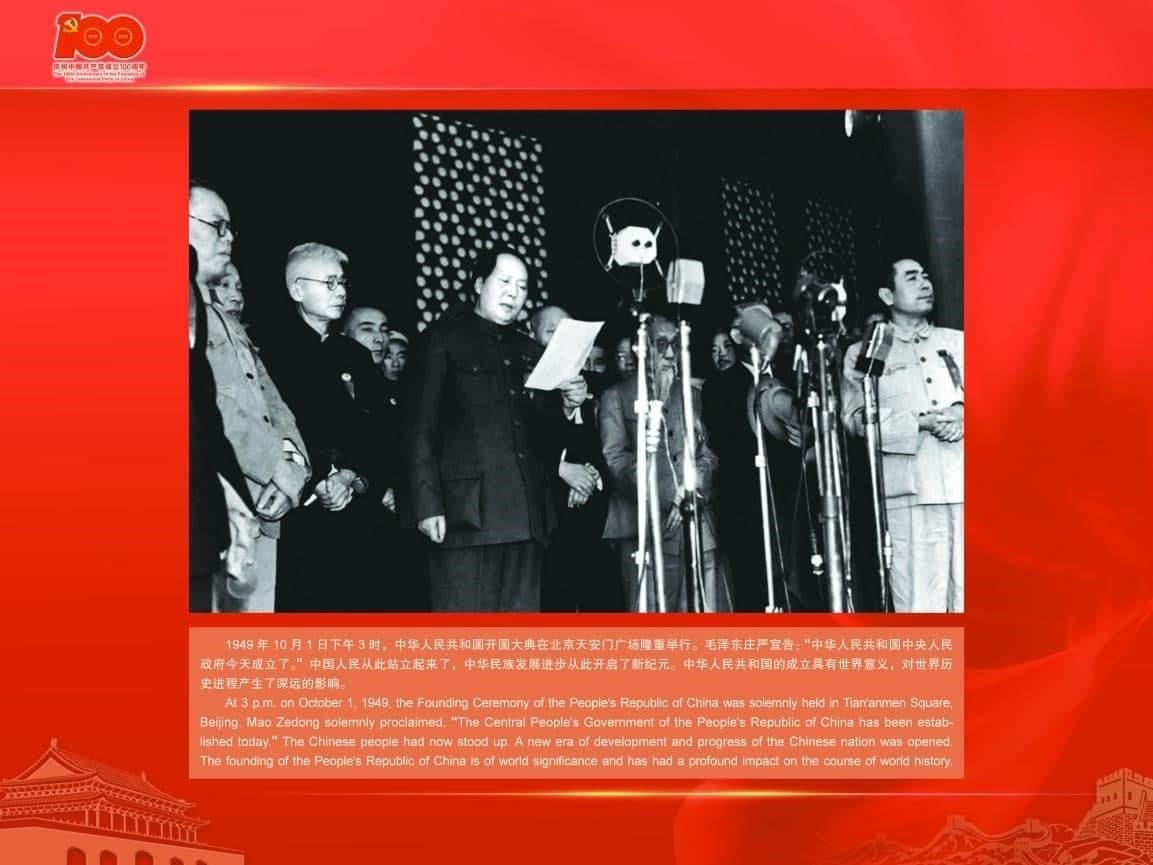 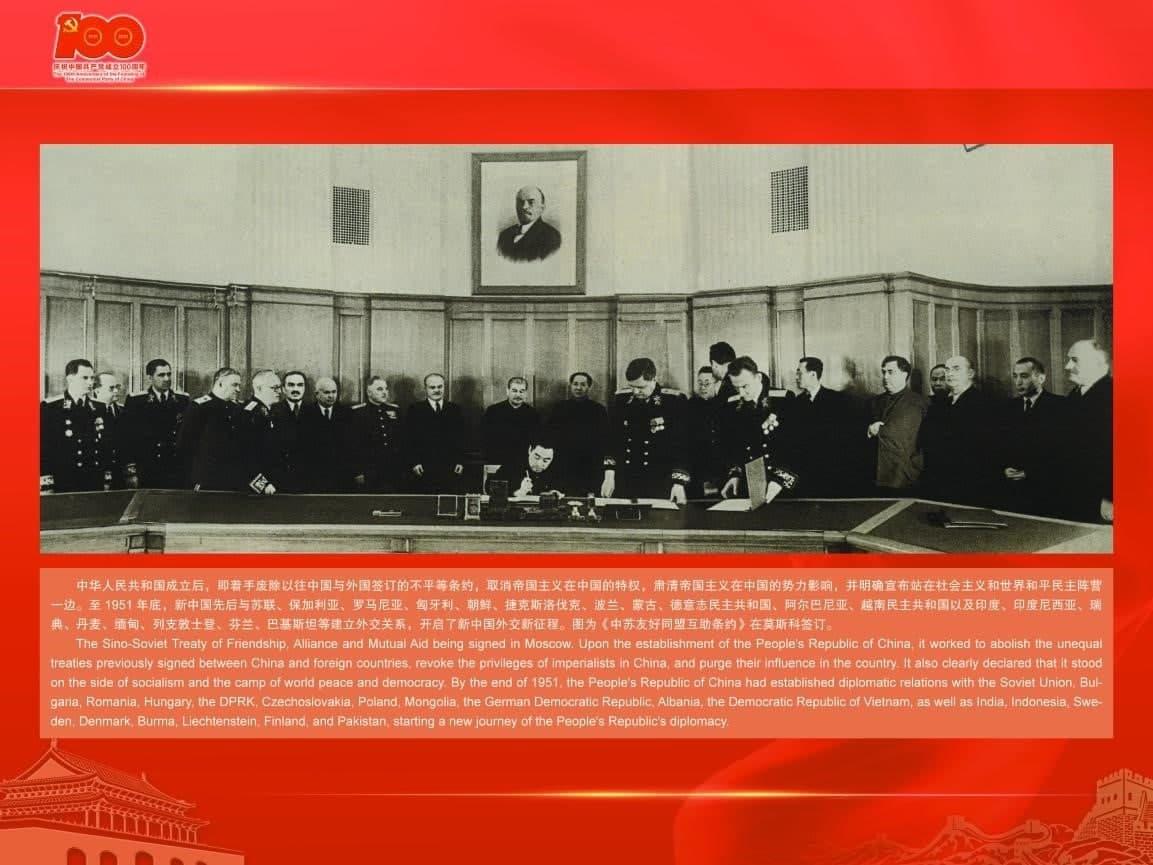 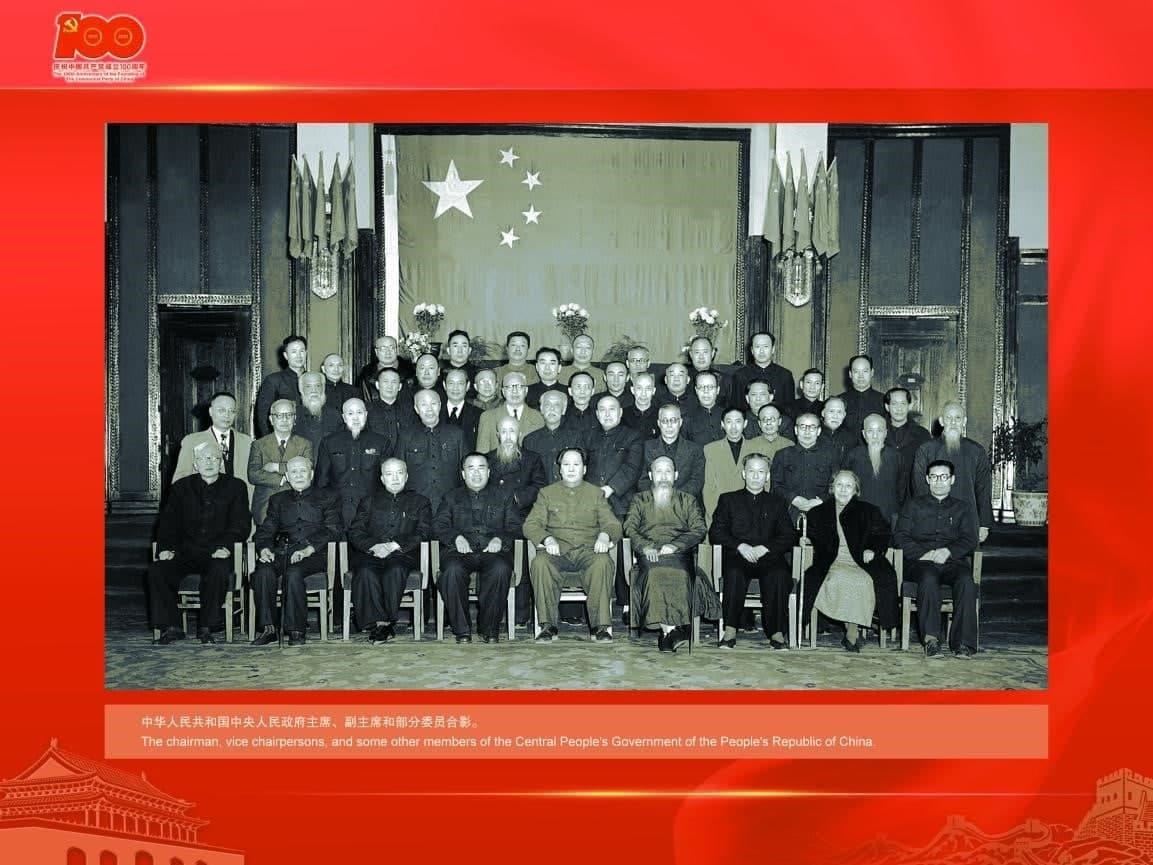 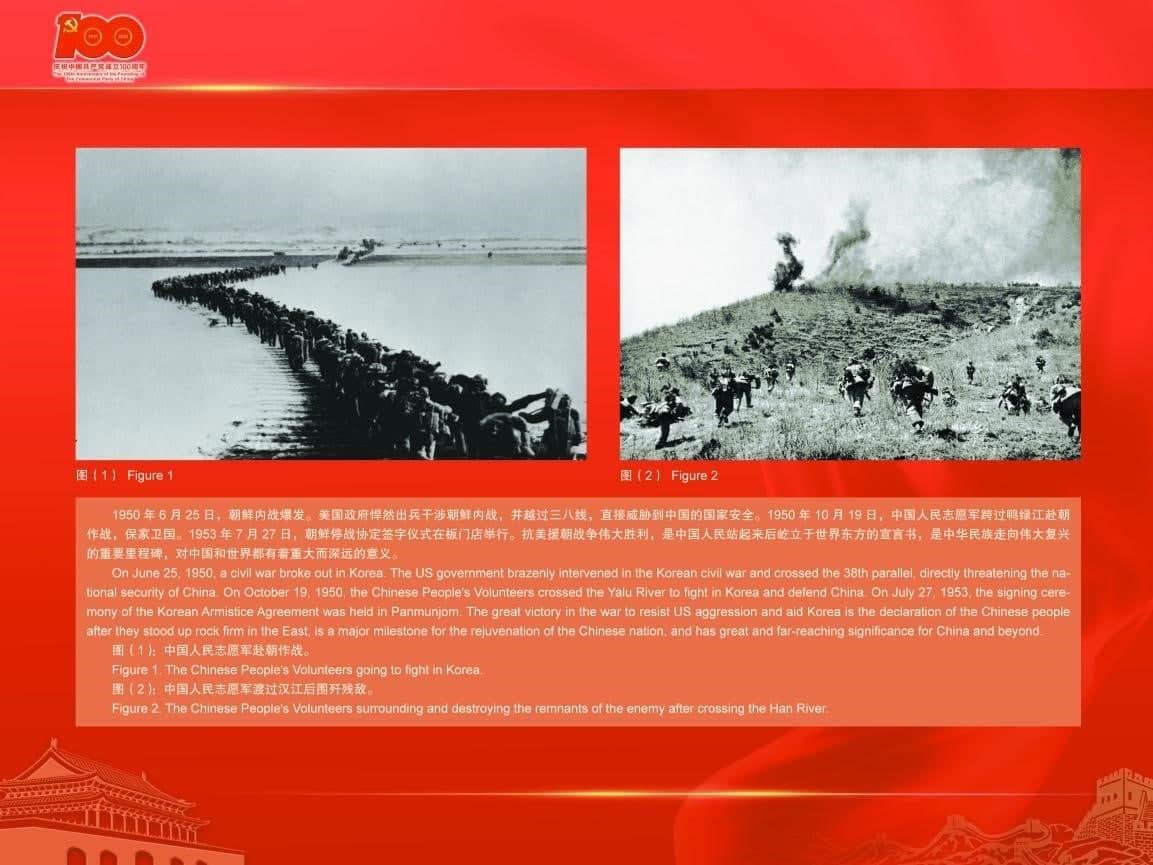 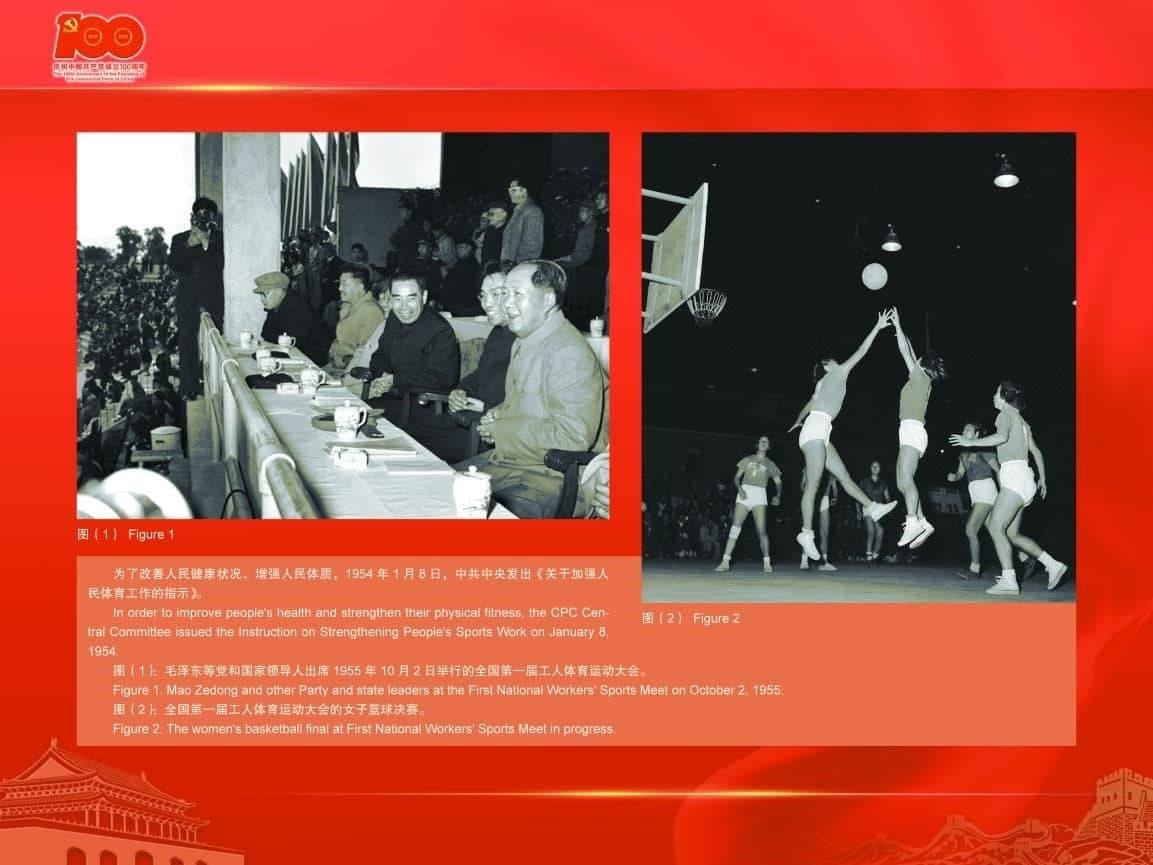