VANCOUVER, June 29 (AFP) - At least 69 people in Canada's Vancouver area have died in a record-smashing heat wave engulfing the west of the country and the US Pacific Northwest, police said on Tuesday (Jun 29).

Most of the dead in the Vancouver suburbs of Burnaby and Surrey over the past 24 hours were elderly or people with underlying health conditions, the Royal Canadian Mounted Police (RCMP) said.

Other local municipalities have said they too have responded to many sudden death calls since Monday, but have yet to release tolls.

"Although still under investigation, heat is believed to be a contributing factor in the majority of the deaths," RCMP Corporal Michael Kalanj said in a statement.

Climate change is causing record-setting temperatures to become more frequent. Globally, the decade to 2019 was the hottest recorded, and the five hottest years have all occurred within the last five years.

The scorching heat stretching from the US state of Oregon to Canada's Arctic territories has been blamed on a high-pressure ridge trapping warm air in the region.

On Monday, Canada set a new all-time high temperature record of 47.9 degrees Celsius in Lytton in British Columbia, about 250 kilometres east of Vancouver.

And forecasters were expecting the record to go again on Tuesday, predicting 49 degrees Celsius heat in western Canada.

Temperatures in the US Pacific Northwest cities of Portland, Oregon and Seattle, Washington reached levels not seen since record-keeping began in the 1940s: 46 degrees Celsius in Portland and 42 degrees Celsius in Seattle, according to the National Weather Service.

Vancouver on the Pacific coast has for several days recorded temperatures above 30 degrees Celsius. Inland along the Fraser River delta, due to high humidity, climatologists said it felt like 43 degrees Celsius on Tuesday. 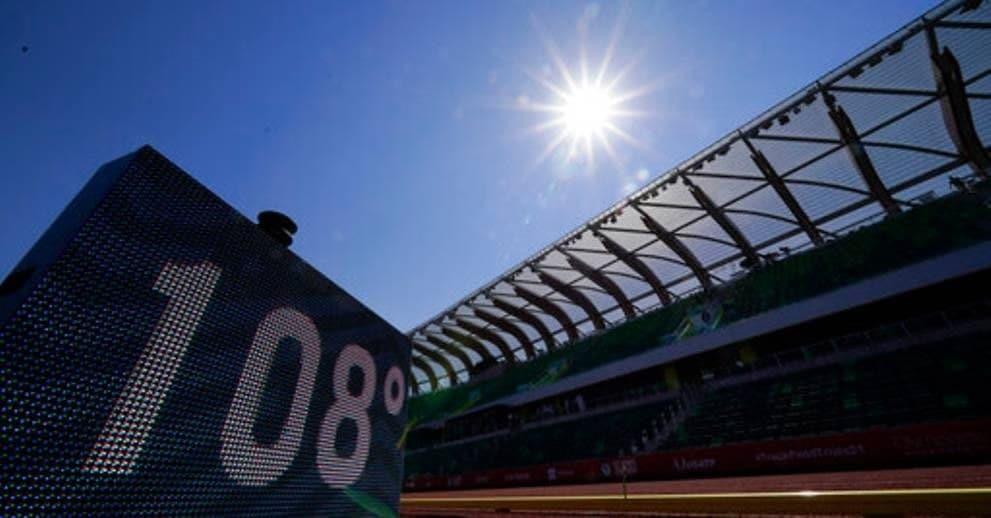