Beijing imposed the security law just before midnight on Jun 30 last year to punish anything China deems as subversion, secession, terrorism and collusion with foreign forces with up to life in prison.

The security law was Beijing's first major step to put the global financial hub onto an authoritarian path, kick-starting a campaign dubbed "patriots rule Hong Kong," which included moves to reduce democratic representation in the city's legislature and various screening mechanisms for politicians.

Lee was speaking for the first time as acting city leader at a flag-raising ceremony marking the 24th anniversary of the former British colony's return to Chinese rule in 1997, which coincides with the centenary of the Chinese Communist Party.

Chief Executive Carrie Lam and other senior officials were invited to Beijing for the party celebrations. Lee was appointed as her deputy last week after playing a key role in the city's crackdown over the past year as security secretary.

"In the coming year, we will continue to take a steady stance to protect national security," Lee said. "Hong Kong absolutely has the conditions to rebound from a trough."

Lee said the security legislation and electoral reforms had made "Hong Kong society change from chaos to order".

Critics of the government say it has used the security law to crush dissent in the former British colony, an assertion officials in Beijing and Hong Kong reject.

Supporters of the legislation say it has restored order and plugged national security "loopholes" exposed by anti-government demonstrations in 2019.

So far under the new law, described as a "birthday gift" by senior Chinese official Zhang Xiaoming when it was introduced last year, authorities have arrested 117 people, mostly democratic politicians, activists, journalists and students.

Beijing said it was necessary after mass pro-democracy and anti-China protests in 2019 that have been described as acts endangering national security. Many protesters, however, say they were demanding Beijing respect constitutionally guaranteed rights and freedoms.

Usually on Jul 1, tens of thousands of people take to the streets in Hong Kong to protest against anything from Beijing's manoeuvres in the city to unaffordable housing.

That tradition, which set the semi-autonomous city apart from tightly controlled mainland China, is unlikely to be followed by many people this year after police denied permission for a rally, citing coronavirus restrictions.

"It is crystal clear that under the NSL (national security law), over a year, it does have a chilling effect on Hong Kong people ... less people would have the confidence to go on the street to speak out," said Raphael Wong, an activist with the League of Social Democrats who held a protest with three others that was hemmed in by dozens of police officers.

In many other areas, there was a palpable security presence, with police vans, water cannon trucks, armoured vehicles and units of police officers patrolling many areas. 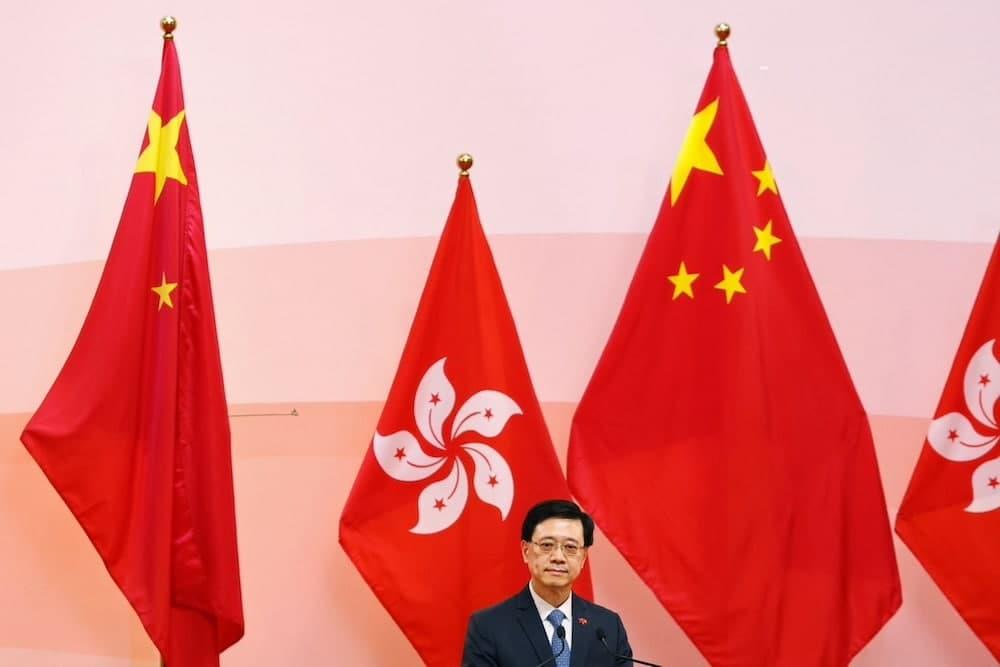