JAKARTA, July 1 (Reuters) - Indonesian president Joko Widodo said on Thursday (Jul 1) that tougher social restrictions would be in place from Jul 3 until Jul 20 to stem a spike in coronavirus cases.

"With cooperation from all of us and the grace of God, I'm certain that we can suppress COVID-19 transmission and restore people's lives quickly," he said.

The country has reported a series of record highs in recent weeks, including 21,807 new COVID-19 cases on Wednesday.

Details of the tightened restrictions are expected to be announced later on Thursday.

Economic Affairs Minister Airlangga Hartarto said late on Wednesday that the health protocols would be enforced by law enforcement. He did not provide details, but a government document reviewed by Reuters said the restrictions would be applied on the islands of Java and Bali.

In a bid to halve the current daily cases to below 10,000, Indonesia is proposing tighter restrictions on movement and air travel, a ban on restaurant dining and closure of non-essential offices, according to the government document seen by Reuters.

The document, which was preliminary and not yet officially released, also contains proposals to close shopping malls.

Tighter restrictions are needed due to the spike in coronavirus cases, Widodo said on Wednesday, with the bed occupancy ratio at hospitals also up significantly.

Bed occupancy ratio was at 72 per cent nationally, he said, although some local authorities have reported rates far higher, including Jakarta.

The president also set a target to ramp up vaccinations in a bid to contain the outbreak, targeting 1 million doses per day in July and 2 million doses in August, up from around 200,000 to 300,000 a day recently. 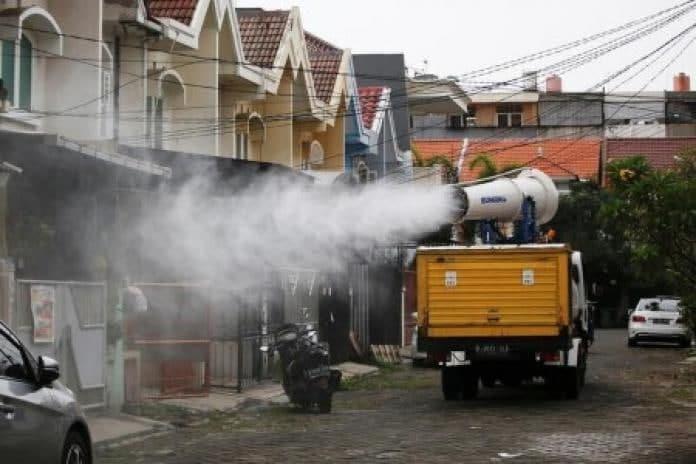