YANGON, July 2 (AFP) - Myanmar authorities imposed stay-at-home-measures on the country's second city on Friday (Jul 2) as coronavirus cases in the coup-wracked country surge, with many health workers striking to protest against the junta.

Inhabitants of Mandalay, as well as two townships in the southern Bago region woke up to new restrictions banning more than one person leaving home for non-medical reasons.

There was no timeframe given for the new rules, announced by the health and sports ministry of the State Administration Council - as the junta calls itself.

Those travelling to government jobs are exempted.

The affected areas are home to more than 2 million people, according to a 2014 census, and join towns in western Chin state near the Indian border that have been locked down since May.

Authorities reported more than 1,500 new cases on Thursday, up from about 100 per day in early June.

Myanmar's creaking healthcare system had struggled to respond to COVID-19 even before the February coup that ousted Aung San Suu Kyi.

Swathes of the country were put under partial lockdown last year, although enforcement was often lax in the developing nation where many face a stark choice between following regulations and feeding their families.

Since the coup, thousands of doctors, volunteers and civil servants have joined a mass civil disobedience campaign to protest against the military regime.

Myanmar has reported 3,347 virus-related deaths, although true figures are likely to be higher.

A shipment of 1.5 million vaccines arrived from India earlier this year.

A spokeswoman from the health ministry said last week that authorities were also negotiating with China to buy more vaccines.

Myanmar has been in turmoil since the February putsch, with more than 880 civilians killed in a crackdown and almost 6,500 arrested, according to a local monitoring group. 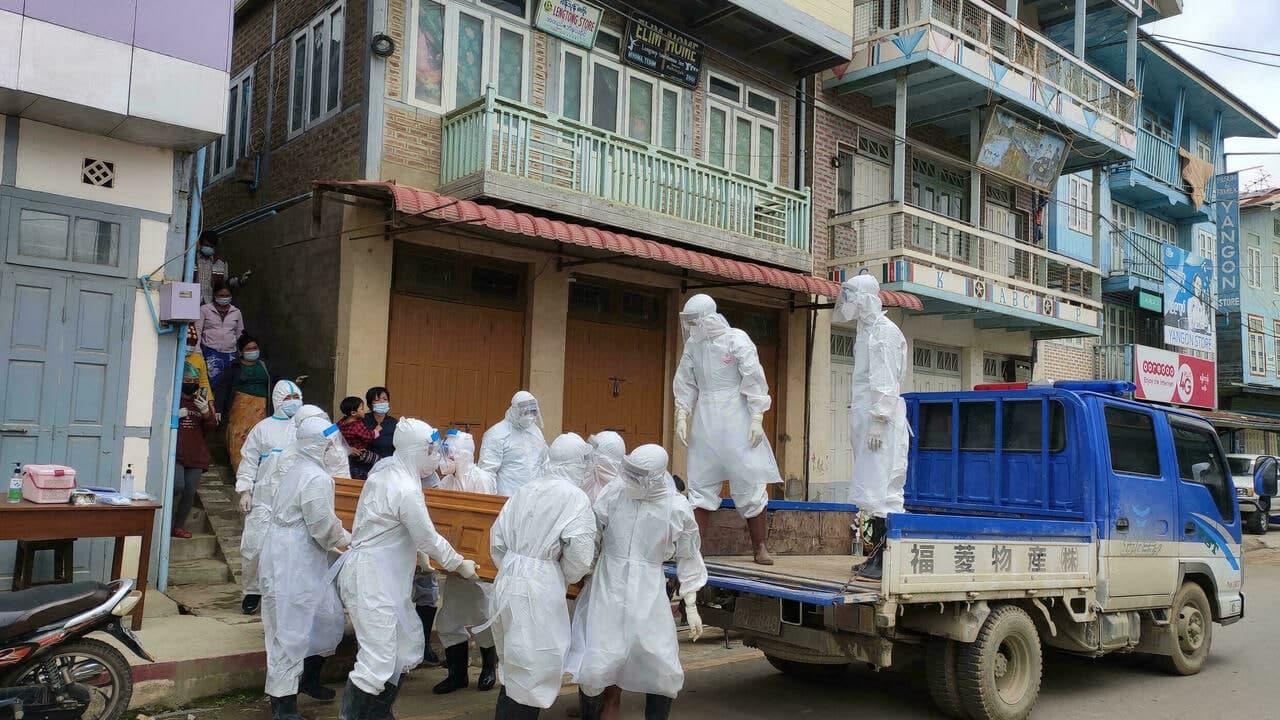