TAIPEI, July 2 (Reuters) - Taiwan will postpone four referendums due late next month because of fears about the spread of COVID-19, the election commission said on Friday (Jul 2), as the government raced to contain a new outbreak at a Taipei wholesale food market.

Taiwan has been dealing with a cluster of community infections since mid-May, but numbers had begun stabilising in recent weeks and are still comparatively low.

Taiwan's election commission said that four referendums scheduled for Aug 28 would be postponed until Dec 18 due to the COVID situation.

"Given that the referendum day will be the country's largest movement and gathering of people, at this time of the pandemic spreading it is advisable to avoid the serious consequences of an outbreak from people getting together," commission chairman Lee Chin-yung said.

The two most important ones are on whether to ban pork containing a leanness-enhancing additive, while the other concerns whether to change the site of a planned new liquefied natural gas (LNG) terminal to protect the maritime environment.

Last year, the government approved pork containing ractopamine, which is banned in the European Union and China though widely used in the United States, despite the objections of the main opposition party, the Kuomintang, on safety grounds.

Speaking shortly before Lee and at a separate news conference, Health Minister Chen Shih-chung said the market at the centre of the new outbreak has been closed for three days, and there were likely to be more infections confirmed as the results of tests came through.

"We have been continuing tests this morning, so can't rule out there will be new cases," he said.

Chen announced 57 new domestic cases, but said 41 cases at the market had yet to be included in the official tally. Taipei's city government only confirmed those cases early Friday morning.

The market is in Taipei's Wanhua district, a hot spot where many of the initial infections in May were first reported.

Taiwan's tally of infections stands at 14,911 since the pandemic began, including 676 deaths. 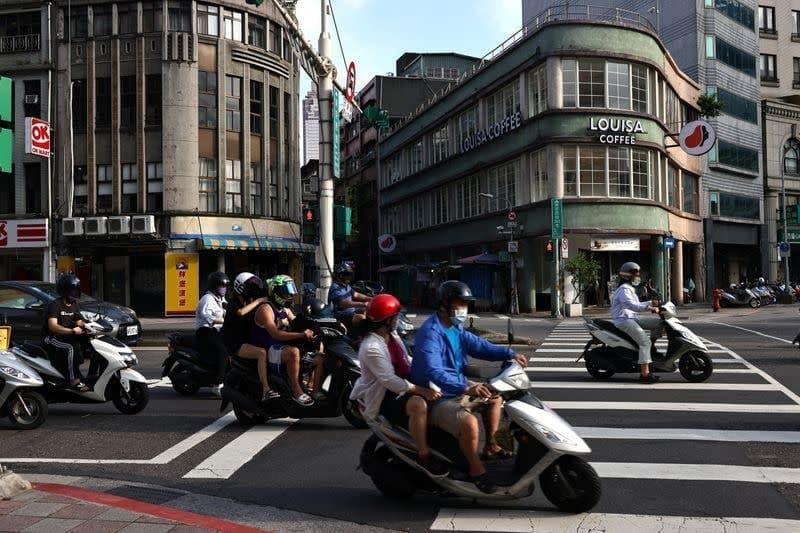