MIAMI, July 2 (Reuters) - The death toll rose to 22 on Friday (Jul 2) from the collapse of a Florida condominium tower after the remains of four more victims were found in the rubble, and local officials ordered a second residential complex evacuated after deeming it unsafe.

The move was considered urgent due to the approach of Hurricane Isla, which is forecast to hit Florida as early as Monday. The building's owners had not yet begun a mandatory safety recertification process required 40 years after it was built, he said.

"It's definitely not an easy decision," Sorey said. "It's just the right thing to do during these times. It's uncertain what's going to happen with the storm."

The latest remains recovered from the rubble left behind by the 12-story Champlain Towers South in nearby Surfside left 126 people listed as still missing and feared dead. No survivors have been pulled alive from the ruins since the first few hours after the tower partially caved in on itself early on Jun 24.

The number of people on the missing list dropped by 17 from Thursday, Miami-Dade Mayor Daniella Levine Cava told reporters, saying that the totals were "fluid" and sometimes revised through work by investigators.

Levine Cava said she had signed a demolition order for a remaining section of the tower over worries that it was dangerously unstable halted search and rescue efforts at the scene for much of Thursday.

"It's important to note that we're still evaluating all possible impacts and determining the best timeline to actually begin the demolition," she said.

The operation was scaled back on Friday to three of the nine grids mapped out across the debris field. 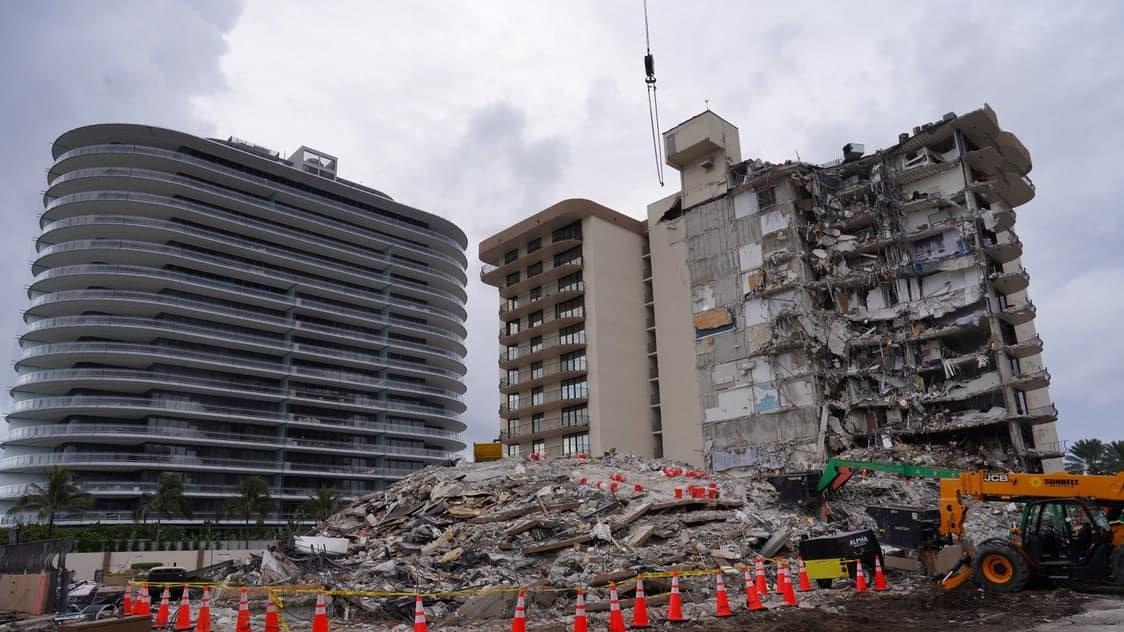